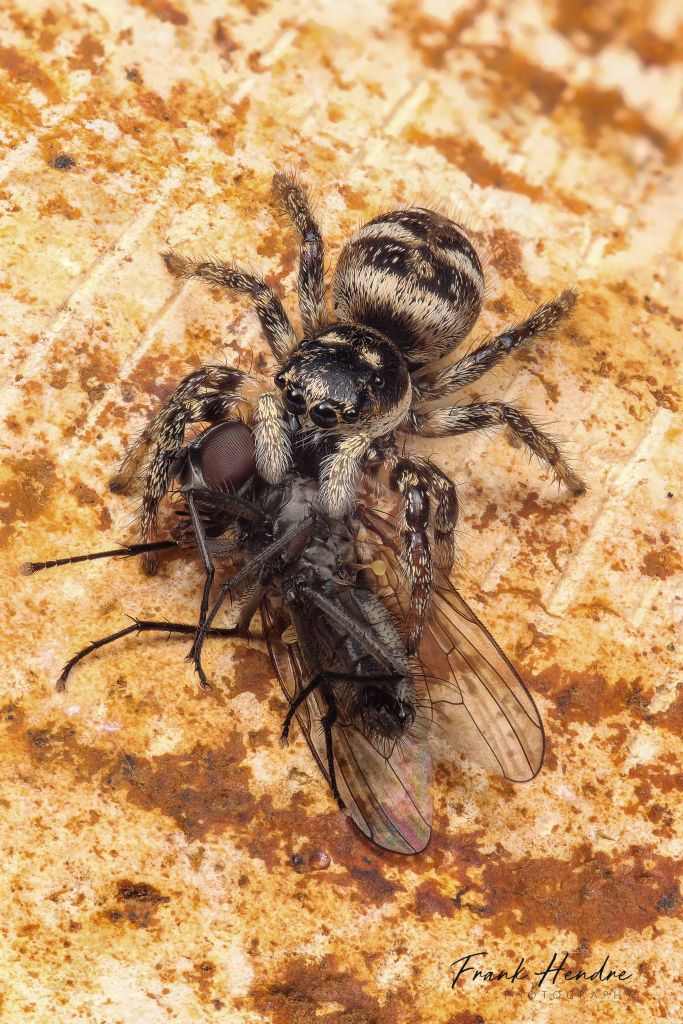 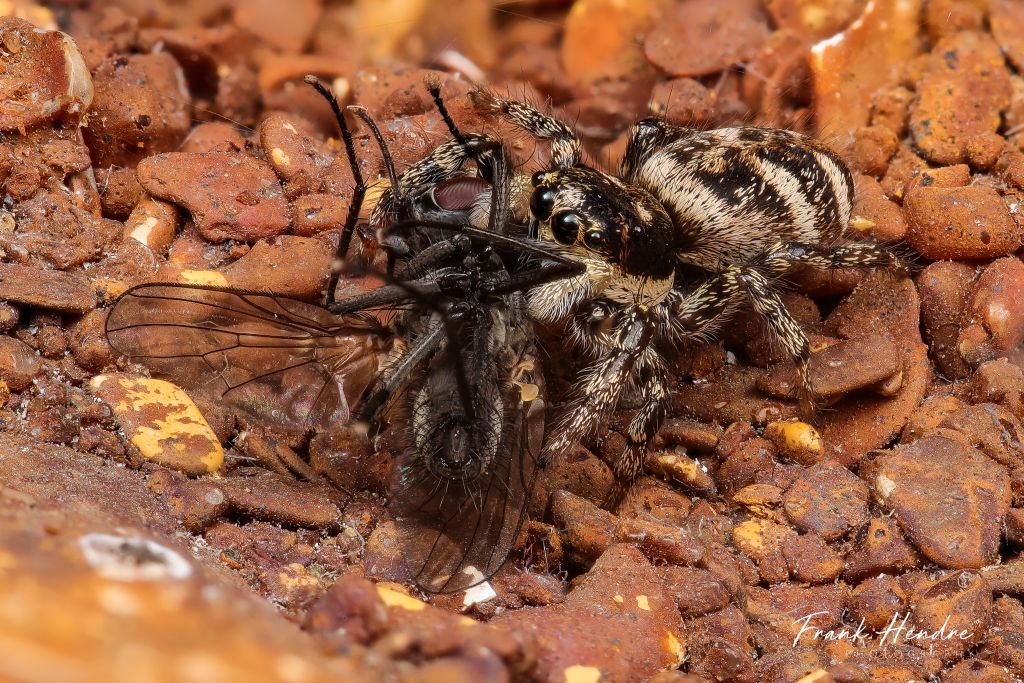 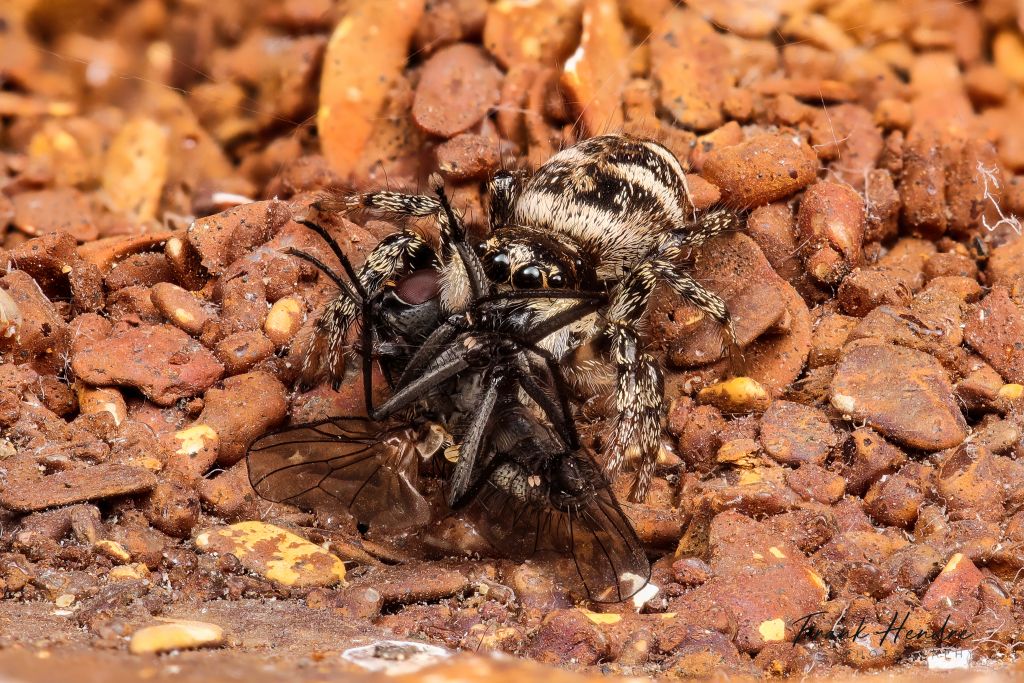 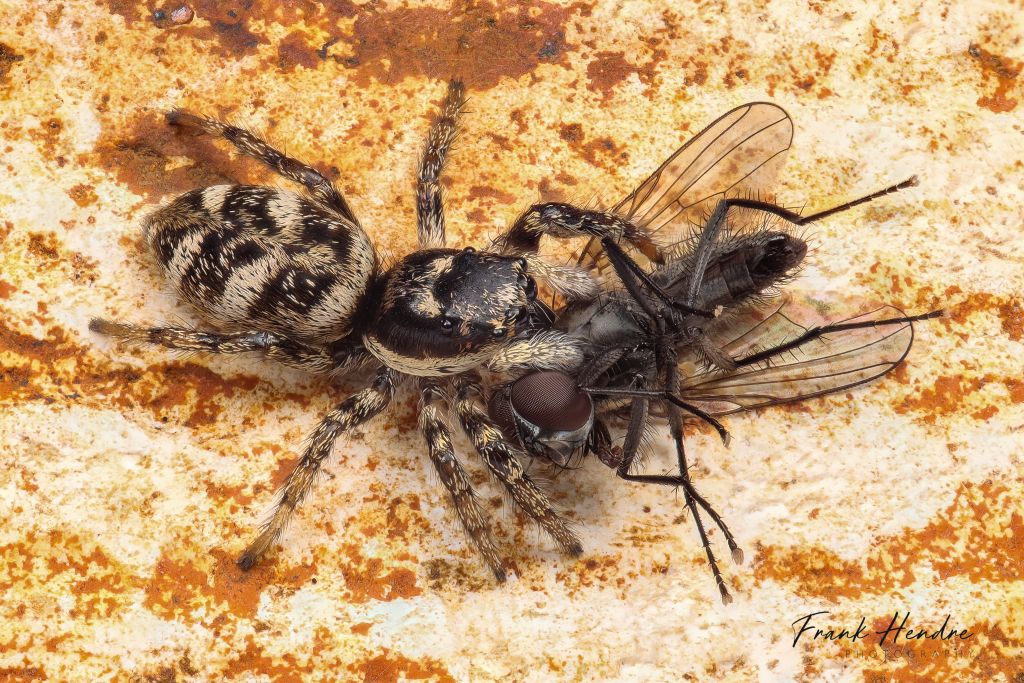 Thank you for looking

Nice capture Frank.
intrigued by the change in background, was she dragging fly back to a lair?
used to do astronomy.
and photography.
Zeiss Universal Phase contrast.
Zeiss PMII
Top

grgh wrote:Nice capture Frank.
intrigued by the change in background, was she dragging fly back to a lair?

I have a small fossil shell that on the inside has a sandy concretion of red crag deposit, that is the pebbly lloking background. After a couple of stack sets she got tired of the flash strobing so she took herself and the prey round to the other, outer face of the shell. I carefully turned it over and got two more sets.
Top

Very nice! How did you do a rapid stack with the Canon?
Mark Sturtevant
Dept. of Still Waters
Top
Post Reply
5 posts • Page 1 of 1