I think this is a crab spider... Shot a couple of weeks ago. 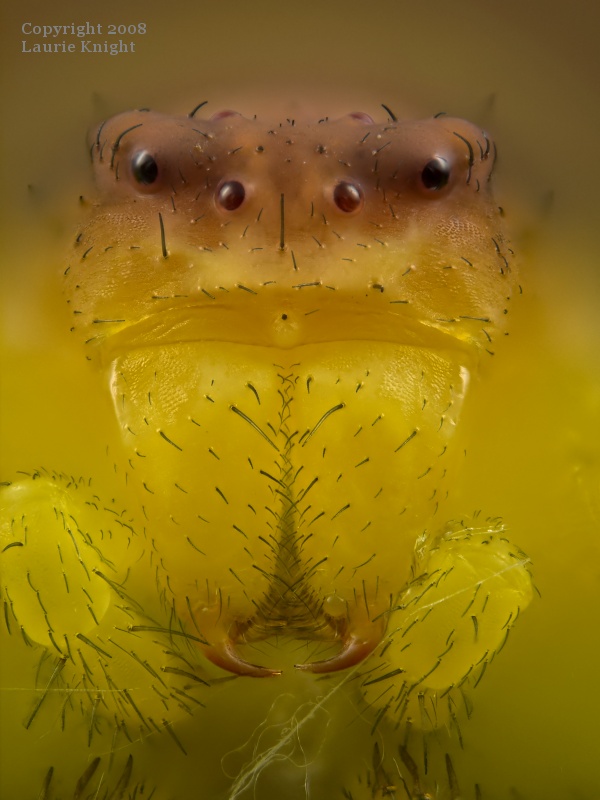 Stack of around 80 images, I think with Nikon 10x objective.

I remember now why I didn't post when I shot this - I wanted to clone out the web. I did some and ran out of patience.

What appears to be a stacking alignment thing at the bottom is actually a reflection where the subject is sitting on a glass slide. I couldn't make up my mind whether to chop it off - bearing in mind that would have meant losing some of the bottom of the real legs...
Top

OOO!! Thanks Laurie!! It looks like someone with 4 eyes, and buck teeth... until you get to the fangs

That's an awesome shot Laurie! and now I think I know why the middle part of the face seem to lose surface texture. It's not that they lose texture at that magnification, I think it's more to do with the light going through the skin so you're basically looking at what's under the skin.

I think placing a reflector or another light in the front of the face would solve this problem.
Top