Army ants (Eciton sp.) and a parasitic army ant-mimicking silverfish (Trichaletura manni). As many as 357 species have been associated with army ants, either as parasites or commensals. Some, like this obligate parasitic silverfish live within the colony itself and move with it: 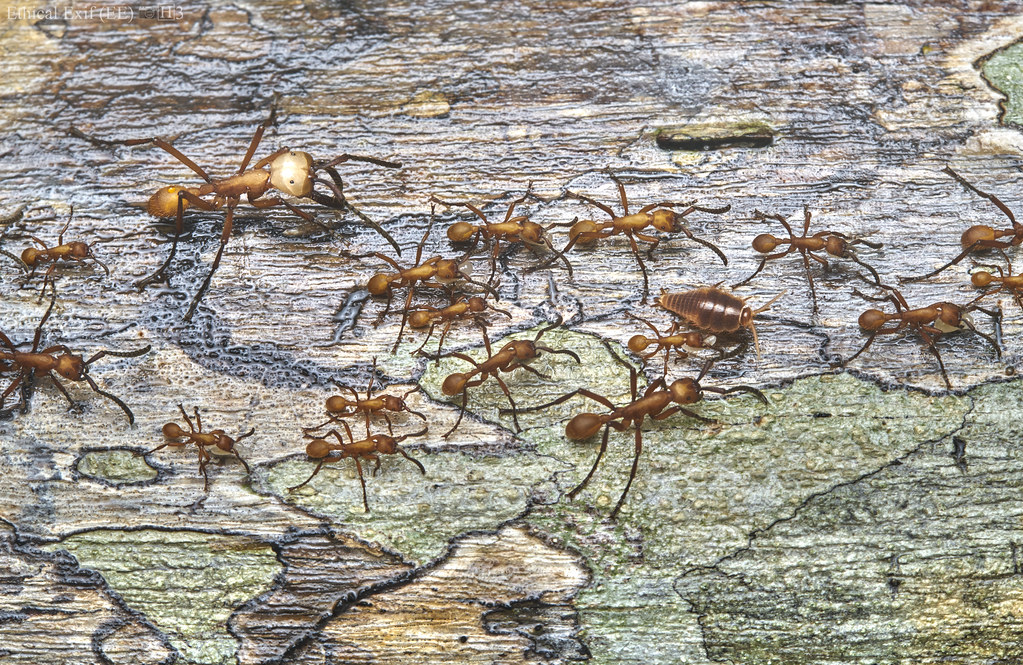 Ants have become so successful that they are flattered by a host of mimics, like this clubionid spider (Myrmecium sp.). It is such a widespread phenomenon that it has inspired its own term: myrmecomorphy: 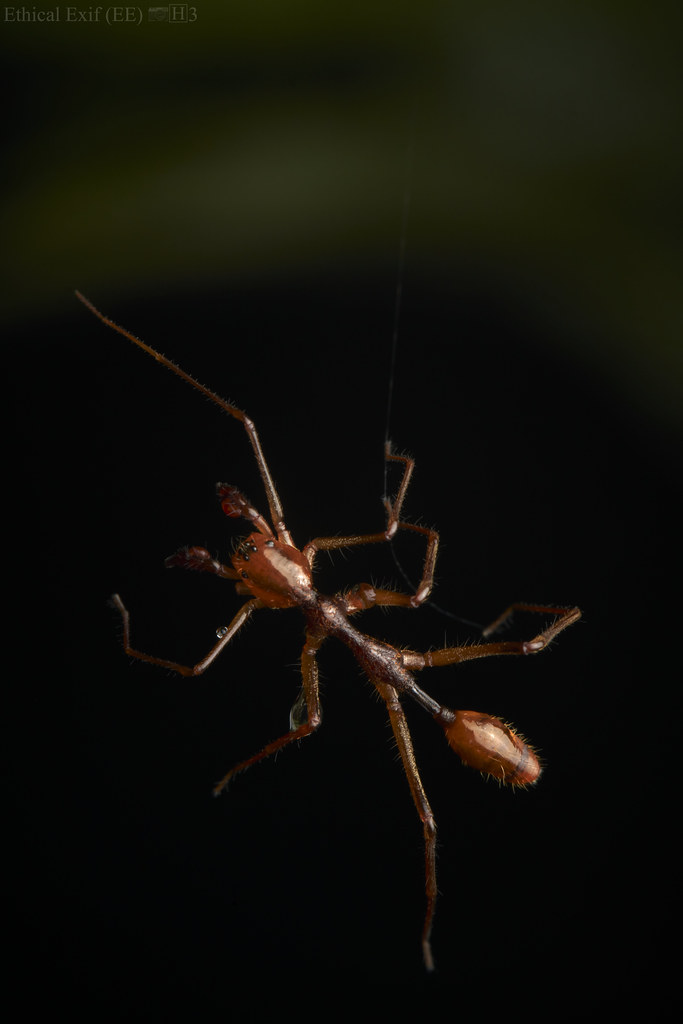 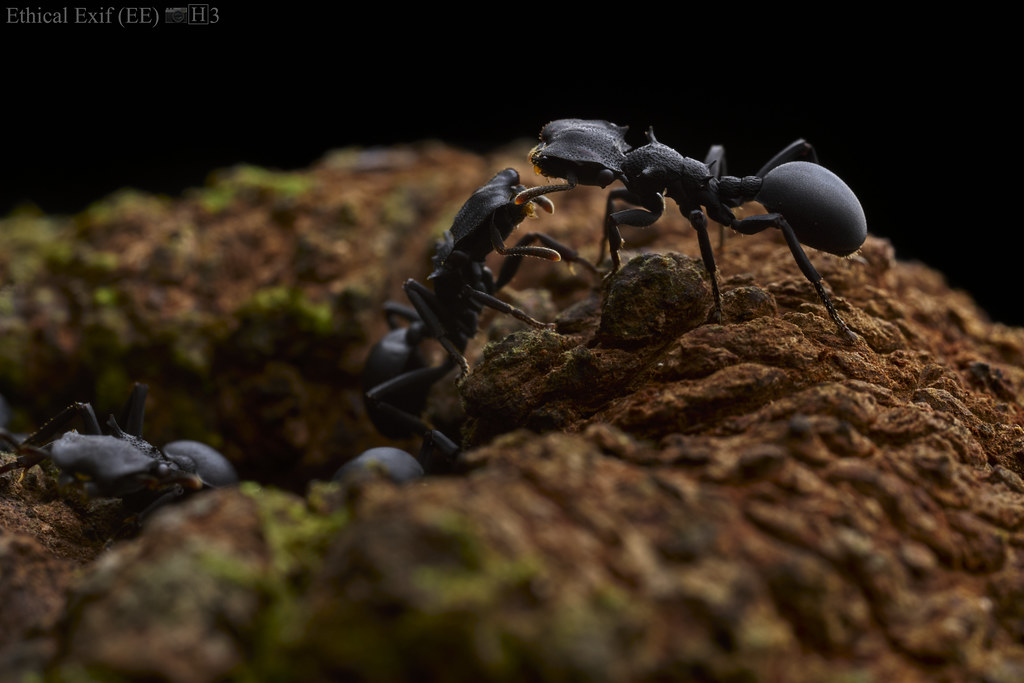 Ants (Crematogaster sp.) at an extra-floral nectary (Inga sp.) which has become covered in some kind of waxy exudate, probably from whiteflies whose sap-sucking and disease transmission can weaken plants: 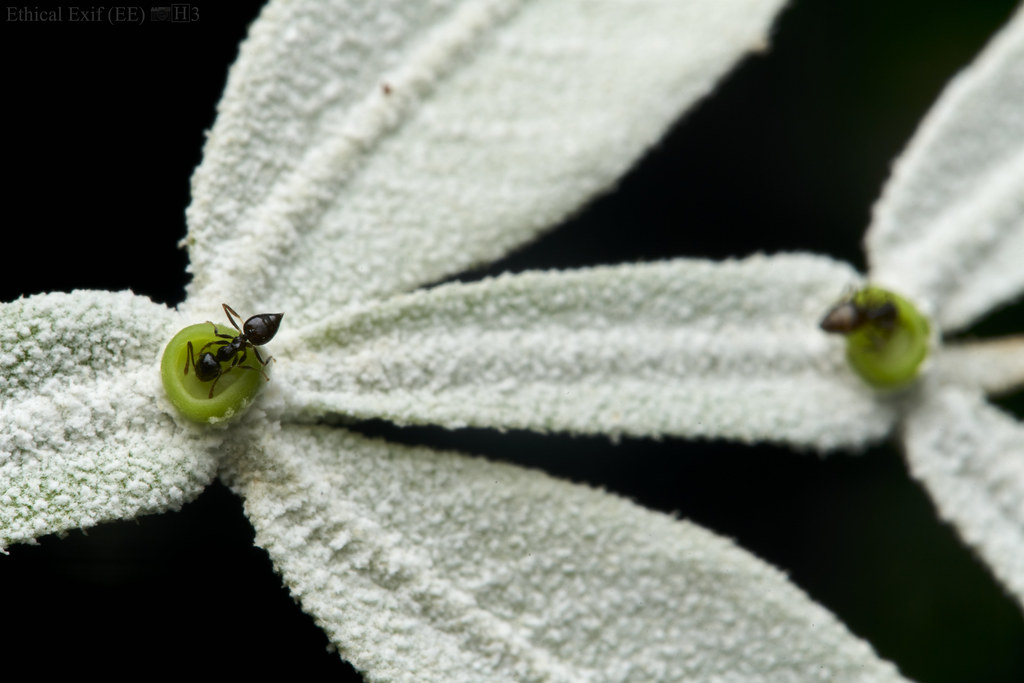 As a temporary pond evaporates, floundering tadpoles become a protein-rich opportunity for opportunists like this carpenter ant which in short order recruited its nestmates to take advantage of this win-fall normally inaccessible to them: 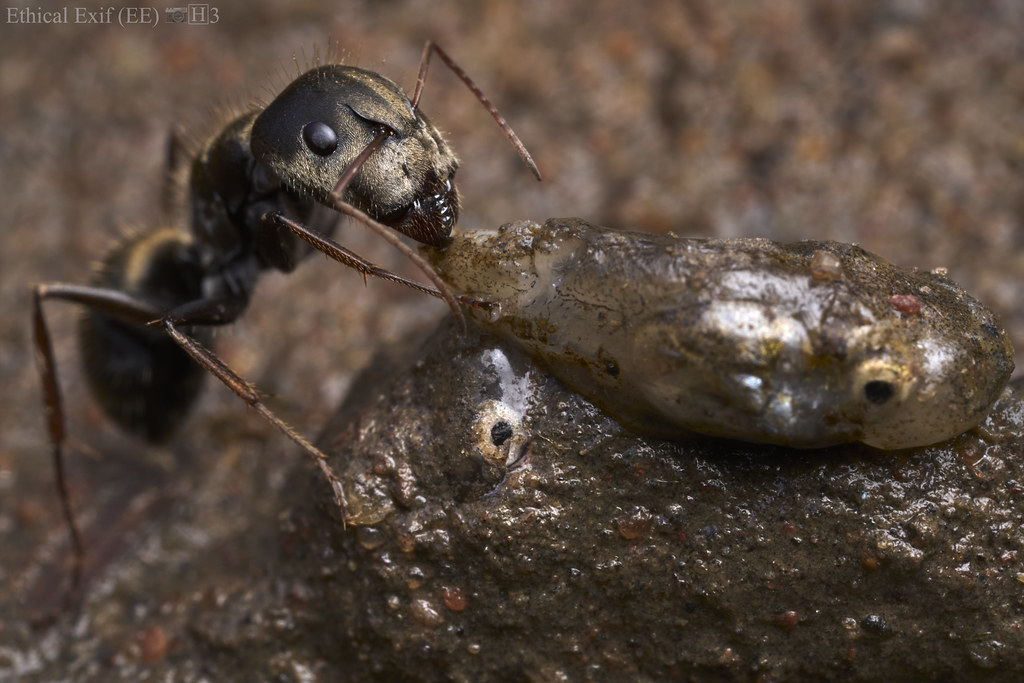 A metalmark butterfly (Adelotypa annulifera) drinks from an extra-floral nectary of a bamboo shoot. Ants protect and cater to the butterfly in exchange for honeydew, protecting and rearing the caterpillar and then into adulthood: 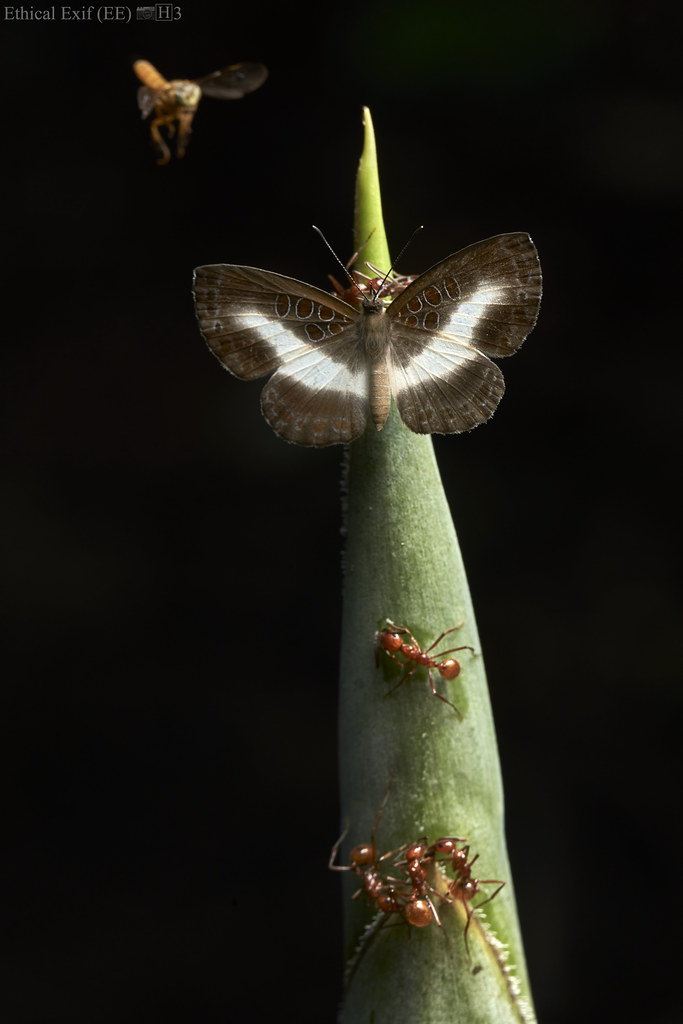 High Hopes. Though a staggering number of seedlings fail to survive predation, or the vicious understory competition, a leafcutter ant nest has provided a plantbed to offer them a lifeline. By defoliating many trees surrounding the nests, the ants have also inadvertently provided a second precious resource to the seedling - access to sunshine. The unbroken canopy seen in the following photo would not be possible without these humble beginnings and quirks of biological fortune: 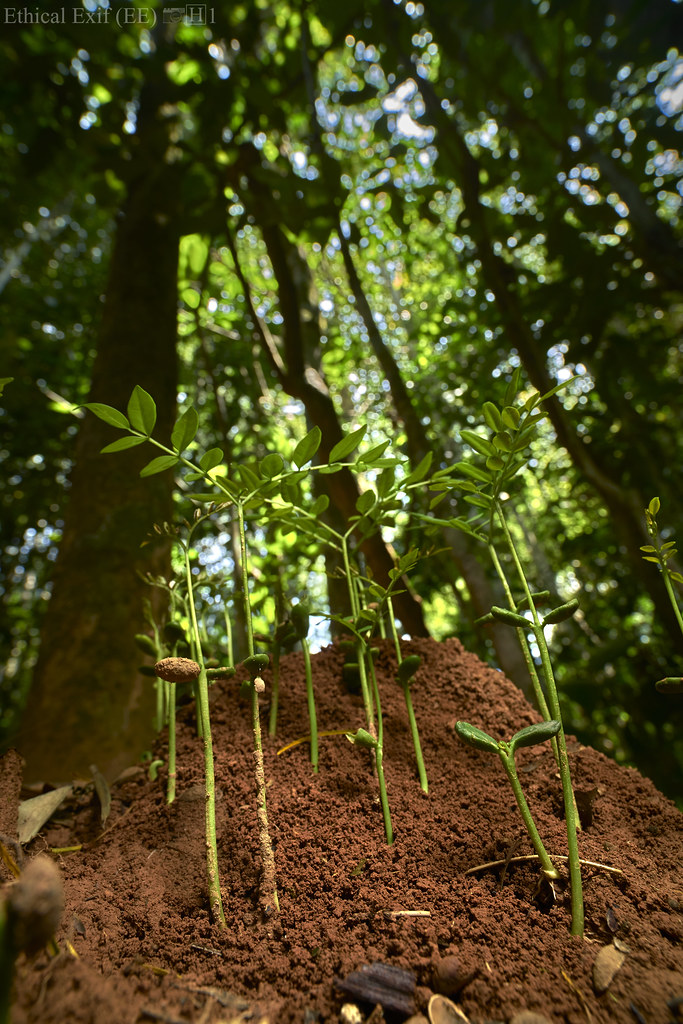 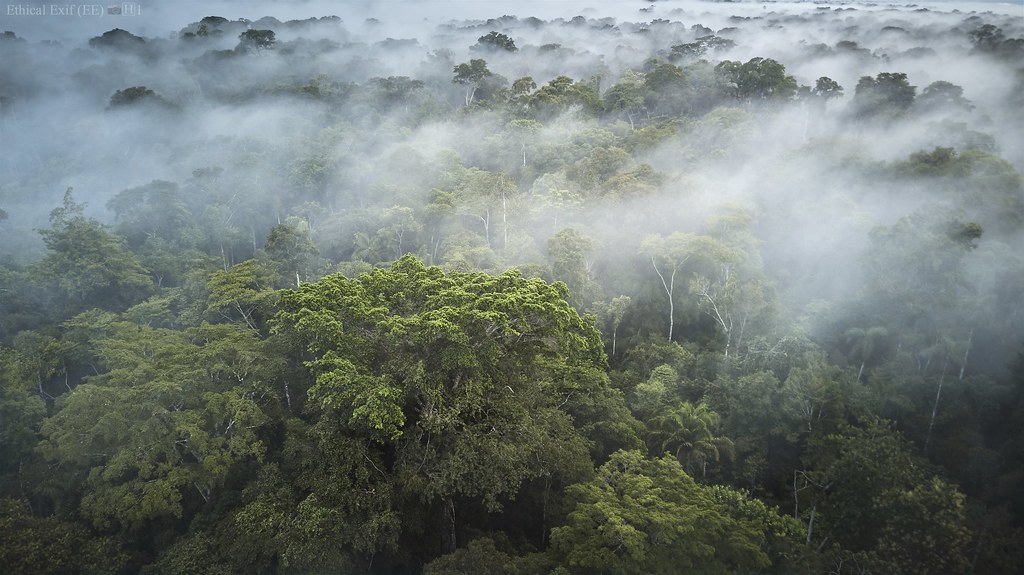 Paul great shots detail and info on silverfish, did not have knowledge of that one.

personally I love the shot of morning "mists over the Amazonian canopy"
used to do astronomy.
and photography.
Zeiss Universal Phase contrast.
Zeiss PMII
Top