Over and over I have looked online to see if there is a way to pair the two. I use the 60mm macro lens about 3 hours each day to get amazing macro shots when combined with some combination of (1) kenko extension tubes (2) Raynox 250 (sometimes two of them) and (3) the Raynox 202.

Over and over I am told that it doesn't work and is only meant for the longer Telephoto Pro lenses by Olympus. This is true in that the MC-14 has an extended lens that would protrude into any other lens that doesn't have a large recessed area. I ordered the MC-14 6 months ago and tried it with the Kenko tubes and it didn't attach to them. I was going to go: Camera ----> MC-14 ----> 10mm Kenko tube---->16mm Kenko Tube----> 60mm macro lens....but the MC-14 cannot attach to the Kenko tube.

However, I was shown by an online friend that with the PIXCO brand extension tubes which also have electronic connections, the MC-14 aligns perfectly and works well, even permitting focus stacking and bracketing!

This is going to be a great solution for me if it truly does work. I have the PIXCO tubes coming tomorrow, which will enable me to get about 5x macro with my 60mm macro lens, MC-14 and various Raynox macro filters.

If that works do publish the link to the Pixco tubes please.

The link to this thread? I will for sure.
Top

I see, Yes I will for sure let you know which ones work. THe PIXCO tubes ship from CHina and took a week with paying extra for shipping. I ordered another brand on amazon called FOcusFoto that look identical to the PIXCO ones that will also arrive tomorrow. If they both work, I will let you all know which ones I ordered.

Using the Teleconverter at 1.4x will be similar to using 40mm of Kenko Extension tubes I believe, but with 40mm of kenko extension tubes the Olympus 60mm macro lens will not correctly focus bracket/ focus stack. The most you can use that I have found is the 26mm and sometimes 36mm. But when using the tubes you lose a stop or stop and a half of light which really affects the mood and quality of my pictures. Using the 1.4x will definitely give me the results I need if it indeed will work.
Top

I hope it works, that would be very useful.
Lou Jost
www.ecomingafoundation.wordpress.com
www.loujost.com
Top

Yes, I have found that to be true!
Top

First test completed. I'll be providing the unedited stacked JPEGS if you want to view on FLICKR.


I took this image below two weeks ago with my Olympus EM1 mark 2, a Kenko 10mm extension tube, the Olympus 60mm macro lens and a Raynox 202 attached to a Raynox 250. Approximate magnification is 3.5x. 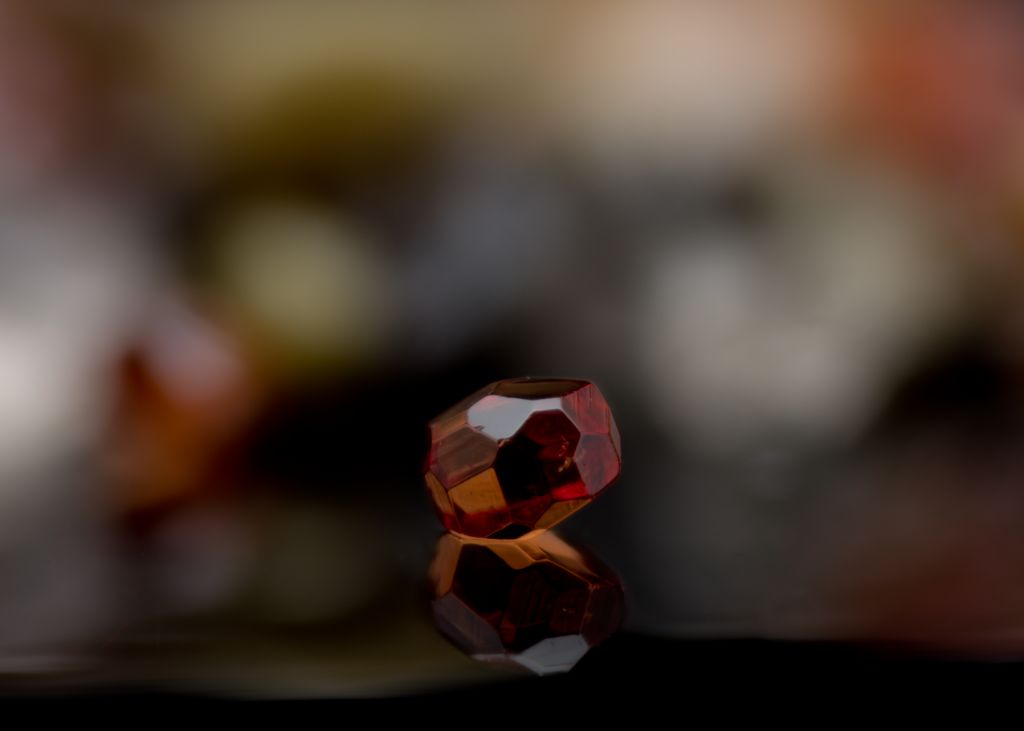 I did crop this image, as I wanted to show the detail of the sand. The image was taken at f5.6, iso200, and 40 High resolution JPEG images stacked (50mp each). I use a godox speed flash mounted on the hotshoe.

Here is the original file:

As you can see, the sand grain is fairly small in the frame, which is to be expected as the grain itself is approximately 1/3 millimeter in total width.

Today I received my MC-14 in the mail, a 1.4X teleconverter. It is not made for the 60mm macro lens. It is only supposed to be used on the PRO 40-150 and the PRO 300 lenses. However, a friend suggested that it worked with his 10mm and 16mm cheap PIXCO extension tube set for Micro 4/3. I decided to try a set to see if it would work. I tried several different shots with spiders and other items. THen I decided to bring out the same sand grain I found from two weeks ago. I couldn't get the same angle as the garnet has so many different facets, but it is the same crystal I assure you. I label each crystal in their own bag after I take the images.

I used the 10mm Pixco extension tube attached to the MC-14, and the 10mm Kenko tube attached to the Pixco tube as you must have at least 20mm of tube after the MC-14 to be able to attach to the Olympus 60mm macro lens. I then attached the Raynox 202 to the Olympus macro lens's front with a 37mm to 46mm adapter. I focus stacked 40 high resolution images, the same as before, with the only change being that I used 250 for my ISO instead of 200.

My crop was much less, with the ending image having much more detail that looks splendid! 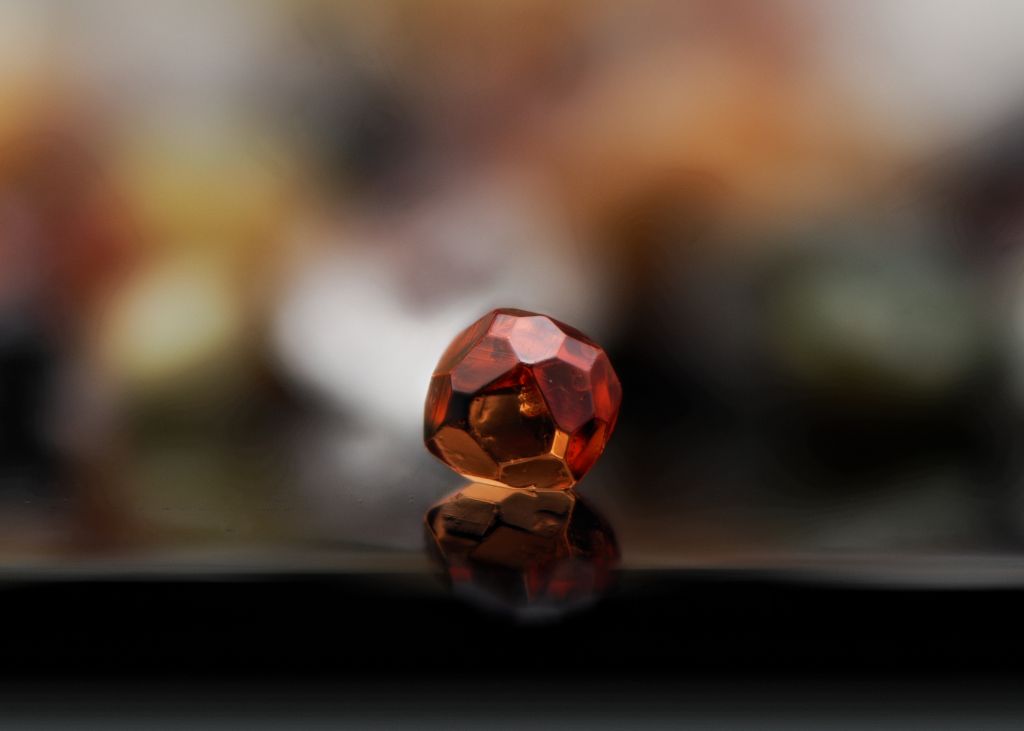 I am working on a RAW stack right now as it will take a while to process 40 Raw images at 80MP with only 8GB of RAM!
Top

Sadly due to UK Tax issues this item cannot be sold to UK Buyers.

Just to let other watchers know.

I see you have also got the MC-20 now. How do you feel the two compare optically? I think I preferred the pictures you posted with the 2x TC better, but you may have refined your lighting or stacking technique. Can you use either of them (withought the diopters) handheld?
Top

Why can't you attach the Kenko tube to the MC-14?

If the protruding part of the TC hits the baffles inside the tube, it is fairly easy to open them up. I did that to enable old Kenko tubes with EF-S objectives in Canon system. Just take the thing apart (don't loose the springs and pins) and Dremel the opening in the plastic baffles.
Top

Several months ago I got the Viltrox M3/4 extension tube set (10 mm and 16 mm) and a no-name set externally quite similar to the Kenko (all visible details are the same judging from pictures and videos of the Kenko tubes, but I don't have Kenko tubes for a direct comparison of measurements).

In both cases the internal clearances prevent mounting the tubes at the front of the MC-14 without modifying the tubes.

With the four tubes the 60 mm focused at 1:1 gives a field width of approximately 7.3 mm, which indicates a magnification of slightly less than 2.5x. The tube stack is however quite a bit wobbly because of poor mechanical tolerances in the bayonets, especially the joint between Viltrox and no-name ones.
--ES
Top
Post Reply Previous topicNext topic
20 posts