I hope the moderators will allow this first photo. I know it's not macro, but I certainly had to get closer for this shot than I normally do for my normal macro type shots. I have started to feel that one could get the impression from my pictures that I spend much of my time in lush, "tropical" places, rather than the rocky arid, dusty places where I do most of my walking. Between March and October we often get almost no rain. Somehow, life still thrives if you look in the right places for it. 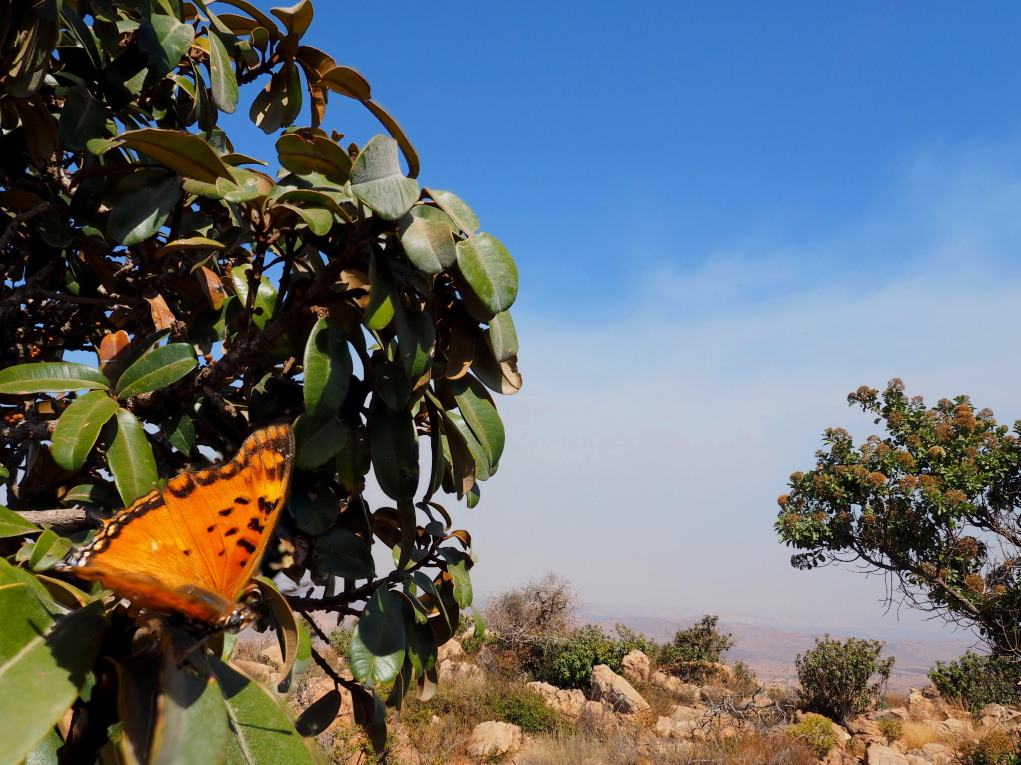 This is one of My favorite places, where the butterflies seem to stake out territories, and then "challenge" each other for dominance of their "airspace". This picture was taken with my 12 mm lens and is a hand-held stack of thirteen pictures. I know there are some stacking defects, but to me, this picture "feels" a lot like my memory of the moment. Often my "proper macro photos" don't. I don't know if anyone has any suggestions on how to avoid or fix those halos.

Here are two other pictures from within the same scene. The first was just a bit higher in the tree, and the other among the "gifblare" (poison leaves) at the bottom right. 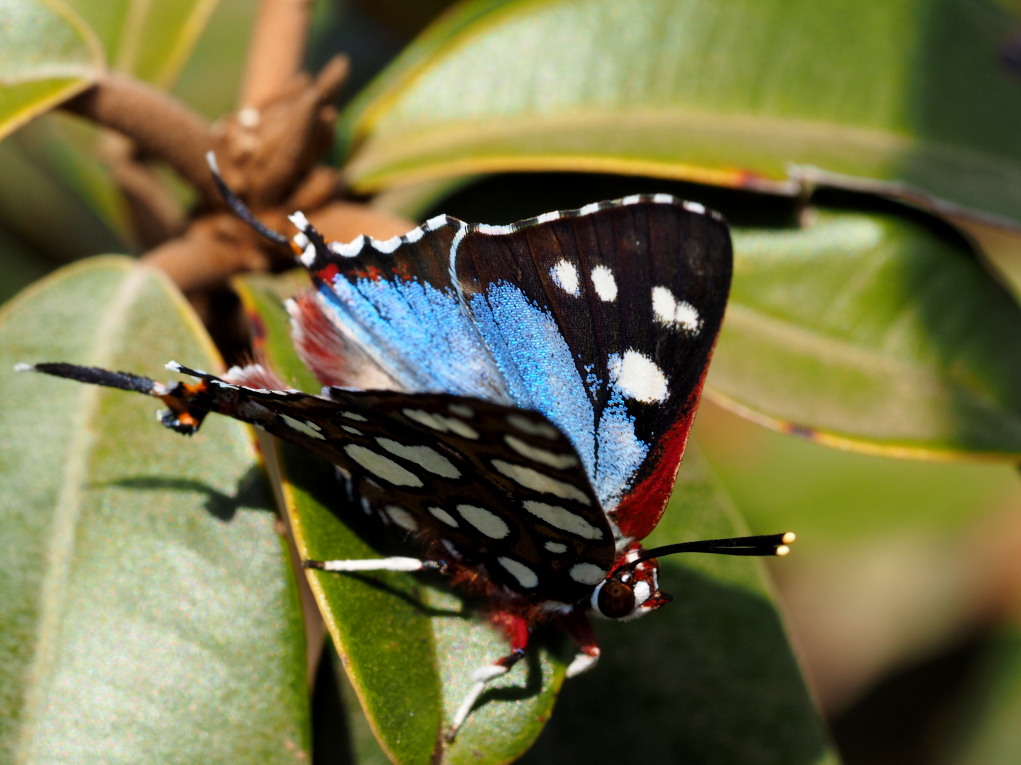 Aphnaeus hutchinsonii I last saw this butterfly in 1980 aged ten. It has a very short flying season (normally September and October - so it's about two weeks early in my opinion) before the first rains,so people are not often out looking for butterflies at the right time. 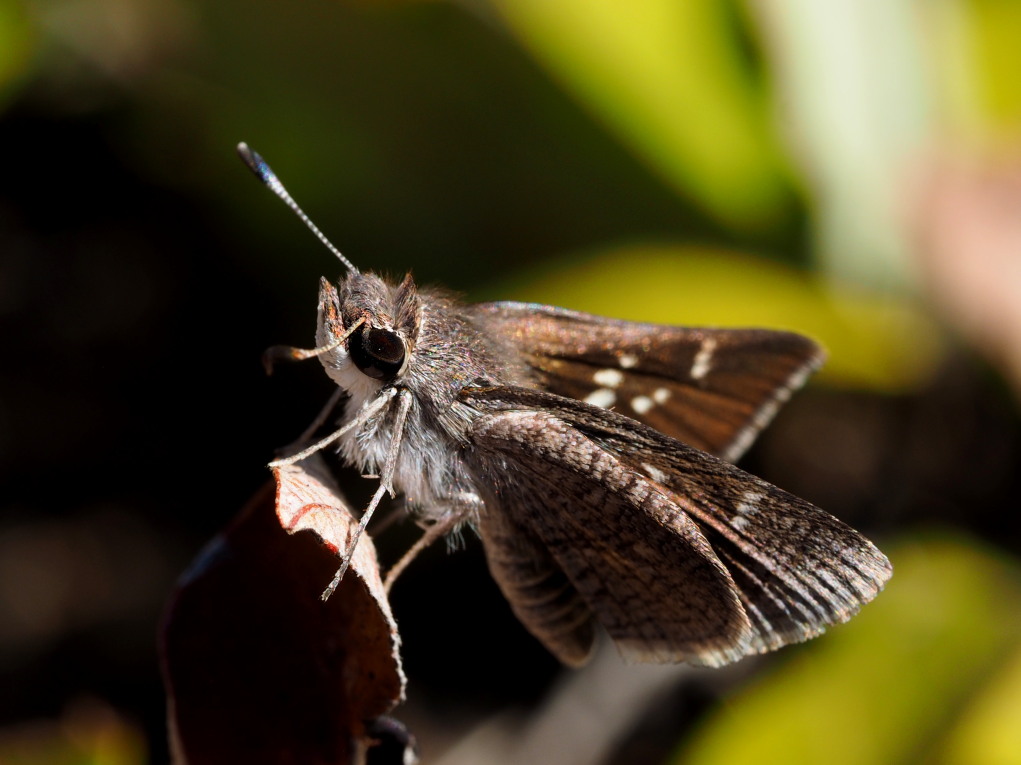 Peppered hopper This is also one to emerge really early in the year and is often missed as a result.
Top

These are beauitful and I think the first one worked out amazingly well.
Lou Jost
www.ecomingafoundation.wordpress.com
www.loujost.com
Top

I agree with Lou -- that first one looks very good, despite being a handheld stack shot under field conditions that probably included a bit of air movement.

The halos that I see look like they're due to leaf movement. Probably the best attack is to use retouching directly from a source image.