Re: macro setup not working

hotrodder19 wrote:Now with all this dimness thru the viewfinder how do you assess whether the subject is in focus clearly to begin taking pictures ?
Are you saying that looking thru the cameras viewfinder the subject is clear, just that from the phone shot it looks fuzzy ?

Compared to what the sensor can capture, the image in the viewfinder is always fuzzy. I suppose it gets worse when the image is dim, but not being able to tell exactly what you're doing is a huge problem all the time with this sort of work.

The big issue for this discussion is that when focus stacking to get everything sharp, there's no margin for error. If you miss shooting foreground in focus for any reason at all, then the stack is ruined because OOF foreground on an otherwise sharp image usually looks awful. Background is more tolerant in some cases, but still it looks weird to have a whole bug in focus, except for (oops!) that farthest wingtip.

So I'm going to pretend that you had actually asked a slightly different question:

Now with all this [uncertainty] thru the viewfinder how do you [figure out where to start and stop] ?

The answer to that is simple: start early and end late. Shooting extra frames at the beginning and end of the stack cost only a little more time for the shoot, and they buy a lot of assurance that nothing will go badly wrong.

To illustrate this idea, here is the final image from that paper I pointed you to, followed by the first and last of the 59 frames that I shot in the stack. 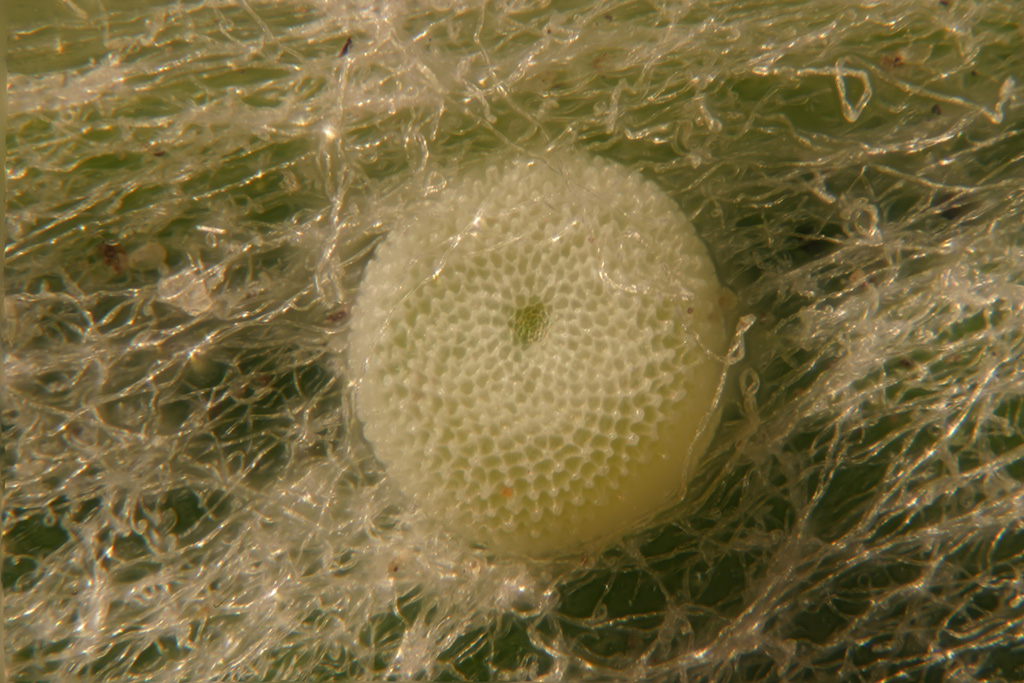 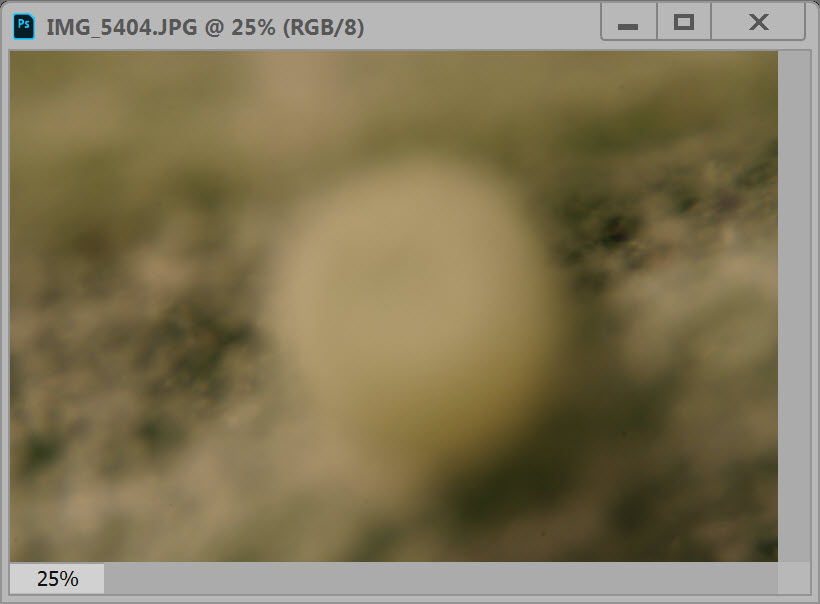 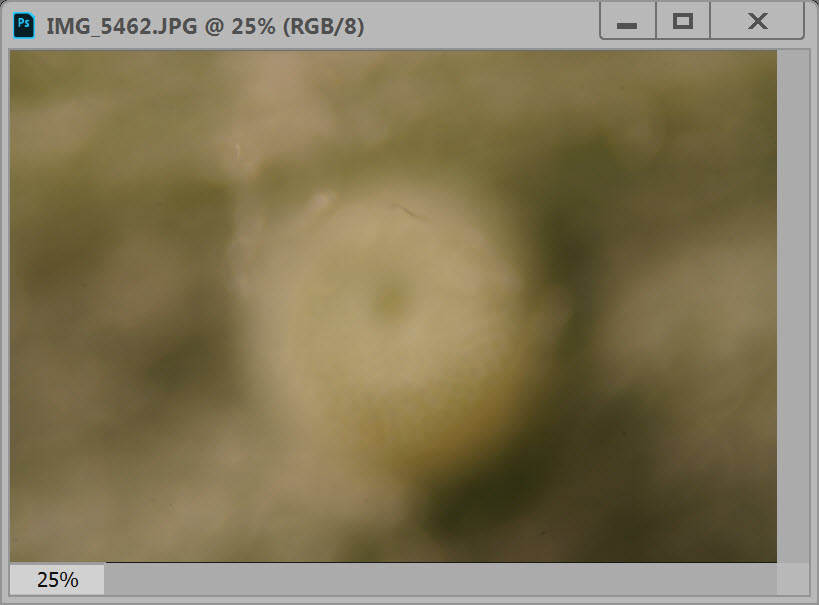 The useful part of the stack was really only the 46 frames from IMG_5409 through IMG_5454, each of which contained different focused detail like this one example: 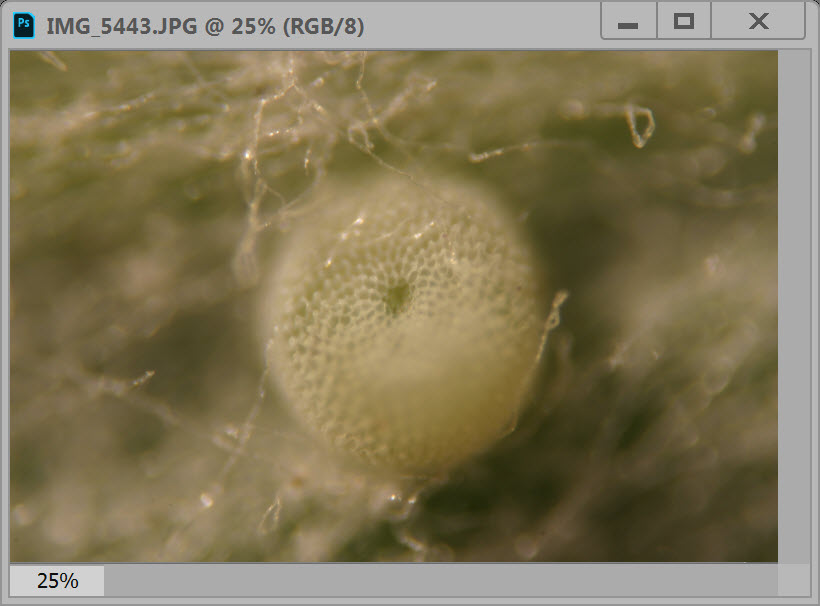 Again, the principle is to start early and end late. The time spent in shooting extra frames for insurance will be amply repaid in time saved by not having to reshoot the whole stack.

hotrodder19 wrote:RIK, thanks again. Help again is needed with respect now to my lighting problem. I have a variety of possible light sources avail at present. Currently I am using two desk lamps fitted with 9w LED globes which are equal to 60w each in standard globe output, these lamps are just positioned across the subject area but I cannot see anything thru the camera lens suggesting my lighting is poor ?

Assuming that your camera has it, live view on its LCD screen is invaluable. Attaching a large screen computer monitor is ten times as valuable.

A lot of this is counter-intuitive to people used to normal photography, even macro photography with a macro lens.
Top

Am I wrong in stating that microscope objectives have a specified length necessary to achieve an image?
Fred H.
Top

GrayPlayer wrote:Am I wrong in stating that microscope objectives have a specified length necessary to achieve an image?

That depends on what you mean by "achieve an image".

Microscope objectives are just lenses with short focal lengths. A 10X objective will be around 15-20 mm focal length, depending on make and model. Each objective is designed to give its rated magnification and to have minimal aberrations in one specific combination of front and rear focus distances. As with any lens, you can deviate from the ideal arrangement by some amount and still get an image, albeit with different magnification, field of view, aberrations, and often vignetting. If you deviate too far, you won't be able to make a focused image at all.

The problem hotrodder19 had at the beginning of this thread was that he had put an odd and extreme combination of stuff behind his objective (telephoto+long bellows). The effect of that was to drag the objective very far from its design point. I'm not sure if he made it impossible for the objective to create a focused image at all, but the working distance would have been greatly shortened, the magnification greatly increased, and the aberrations abysmal.