I got this Nikon EPI E Plan 10x 0.25 WD 12.5 infinity objective off eBay recently. The glass looks good but I can't test it as it's attached to a cylinder barrel of some kind.

The barrel had 4 screws and a small flange "holding" in the additional glass at the end of the cylinder barrel but this glass is also stuck in place.

I tried putting a drop of Acetone down at the threads of the objective where it meets the cylinder but that hasn't helped. Other thing I tried was lightly threading some set screws into the objective's 4 holes around the barrel and using a parallel jeweler's vice to grip on the set screws (not the barrel directly) but there wasn't enough surface area and they slipped.

Last thing I tried was wrapping a piece of silicon rubber around the objective barrel tightly and tightening the jeweler's vice over that but while it gripped well, it eventually started tearing. This thing is on tight!

Seller's photo first, in the others I removed the barrel cover. Second photo shows objective threading into the cylinder, I can't see any solvent or loctite etc. 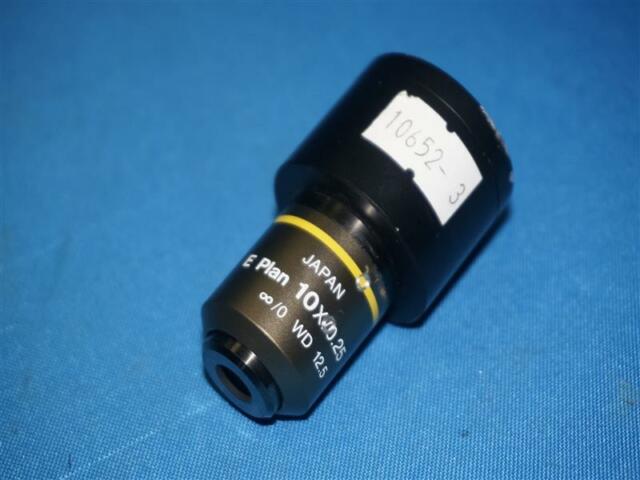 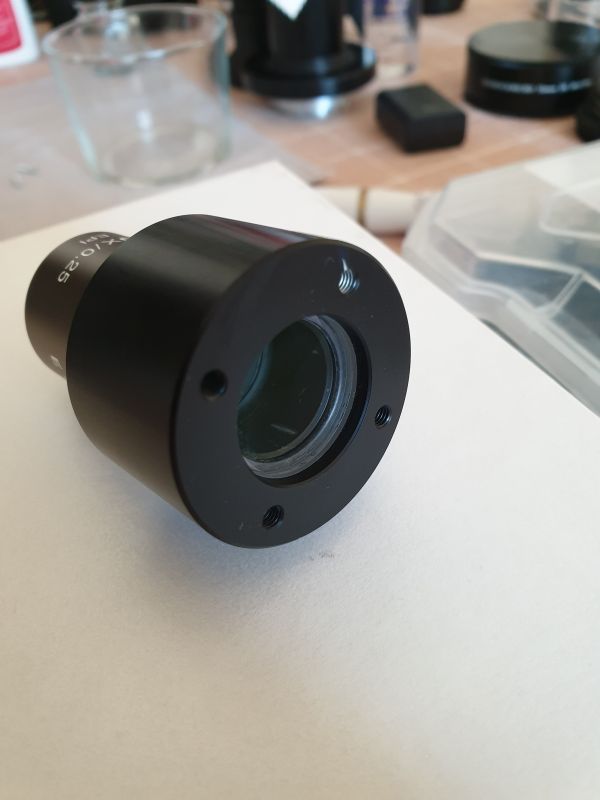 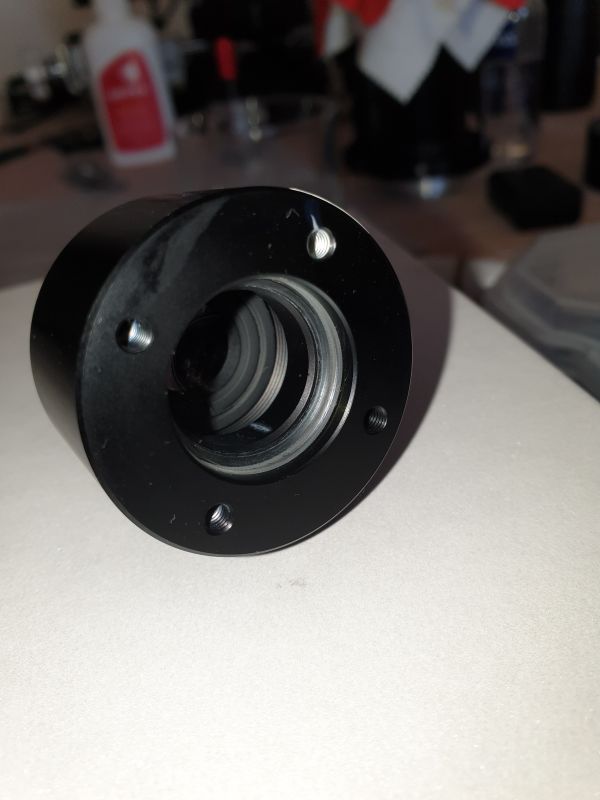 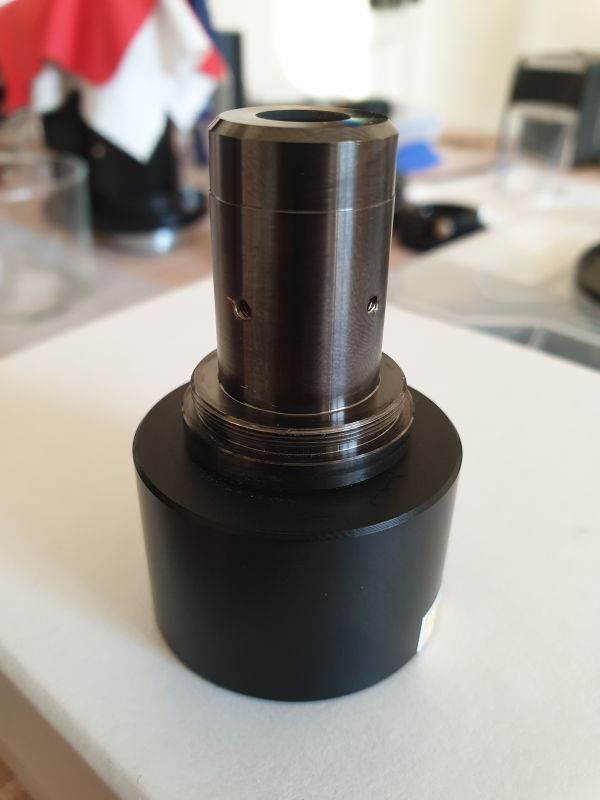 Would one of those freezing unlock sprays damage the element?
Top

These rubber strap pipe wrenches are very good for removing stuck objectives (other brands are available. Mini or"baby" wrenches are the right size for objectives)

I would suggest using bolts in threaded holes to mount your metal holder onto something and then using the strap wrench on the objective body.

P.S. You could also apply some heat to the external metal block holder to expand it slightly (while trying not to heat the objective).
Top

Agree with trying a Strap Wrench. I also use (carefully away from glass) a 50/50 mix of acetone and hydraulic fluid and run a very little into stuck threads.

Thanks will order a strap wrench!

Though I'm starting to have my doubts. I managed to get a great grip between the vice and silicon rubber but it eventually tore. I think the objective has to be cemented in - surely they can't have tightened it with a tool that much without worrying about over-threading it.

The glass element(s) in the cylinder dropped out. Looks like two elements cemented together. I can get access to the threads of the objective from the back of the cylinder now but it's a bit risky trying to drop some alcohol in there without getting it on the objective glass.
Top

Have you tried to tighten the barrel first, and then try unscrewing it.

you only need to do it a little.

its an old trick, but surprisingly effective at times.
used to do astronomy.
and photography.
Zeiss Universal Phase contrast.
Zeiss PMII
Top

Got it undone! Bought some adjustable pliers and wrapped the objective in the silicone rubber. Surprisingly it came undone very easy, guess I was just missing the extra grip the pliers provide over a smooth-faced handvice.

Does anyone know much about this objective by the way? Haven't come across any information about its technical specifications. Weirdly enough it has an RMS thread, do any modern Nikon objectives use RMS?
Top

E stands for economical. I think they fill the same niche as the earlier finite E objectives that you would see on a labophot line scope. My alphaphot has all E objectives and though I can tell they're not planapos I think they perform quite well.
Top

Thanks for the info.

I ran a quick 3 image stack with the Nikon vs an Olympus UIS Plan 10x 0.25. Not going to get into 100% crops and pixel peeping here but the Olympus clearly has better contrast but I think the Nikon may just win out in sharpness. Some of the dust grains are a bit fuzzy and with purple fringing when zoomed in whereas on the Nikon they are sharp and have no fringing but lack contrast.

Setups and lighting were identical, using a Redrock Micro 5x as a tube lens. Though the Olympus is nearer to 10x due to the shorter tube focal length requirement vs the Nikon.

Perhaps the Nikon is more sensitive to reflections or would work better on a reversed RR Micro. 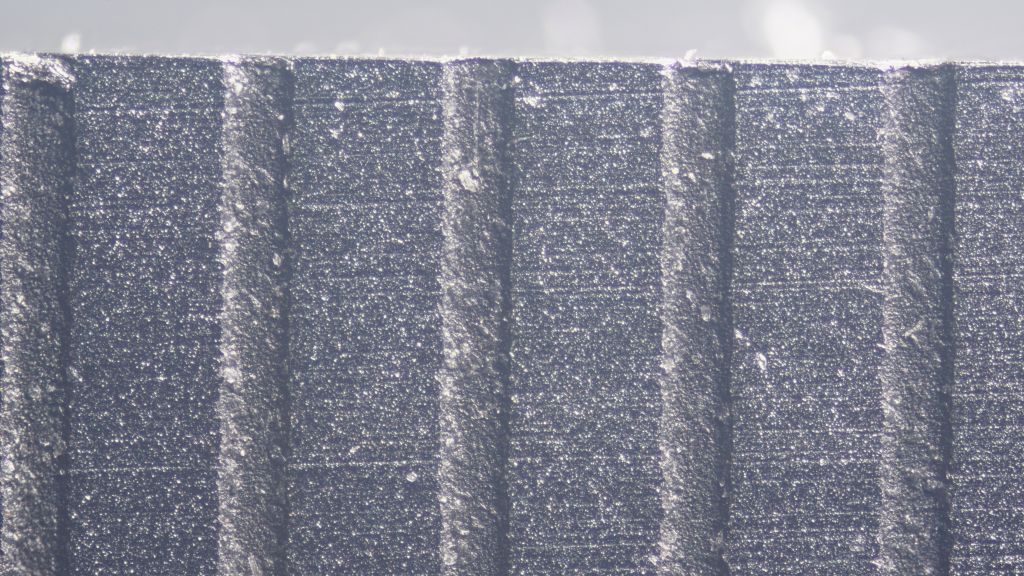 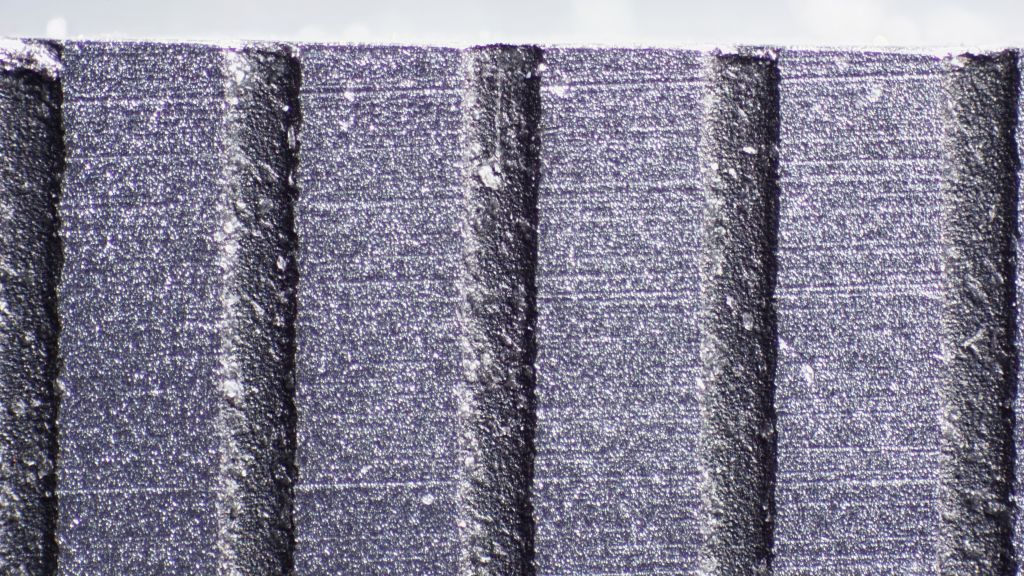