The fishing spider under water

The fishing spider under water

The six-spotted fishing spider (Dolomedes triton) is a fairly large semi-aquatic spider that spends most of its time sitting out on floating vegetation on lakes and ponds. They are active hunters of both above- and below-water prey, and they will readily submerge under water and remain there for extended periods if they sense danger. I wanted to see one under water and photograph it, and the resulting pictures are the only ones I know where this is shown for this species. For these pictures a full grown female was photographed in an aquarium. Anyway, here she is above water... 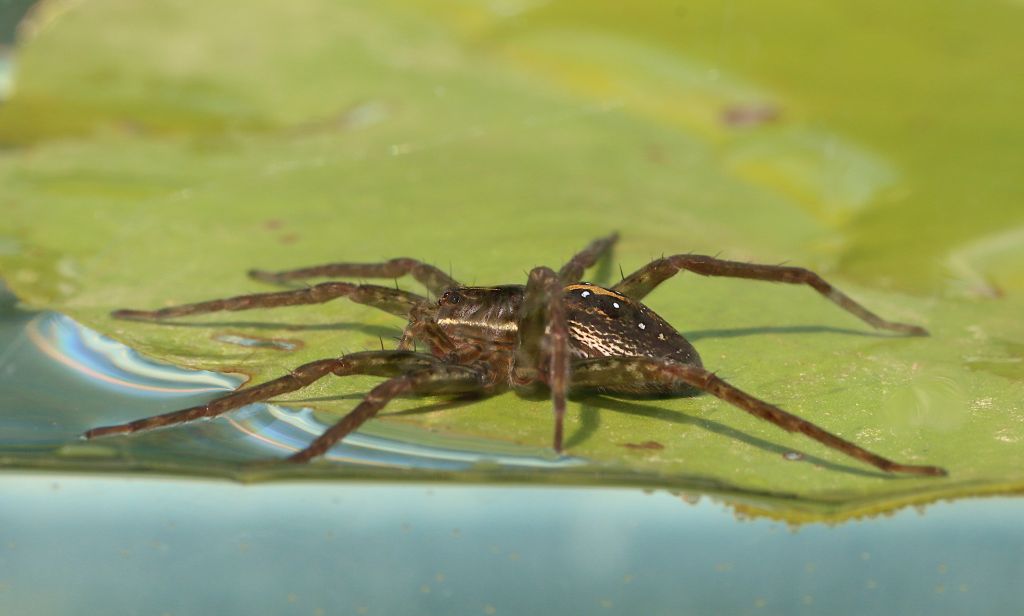 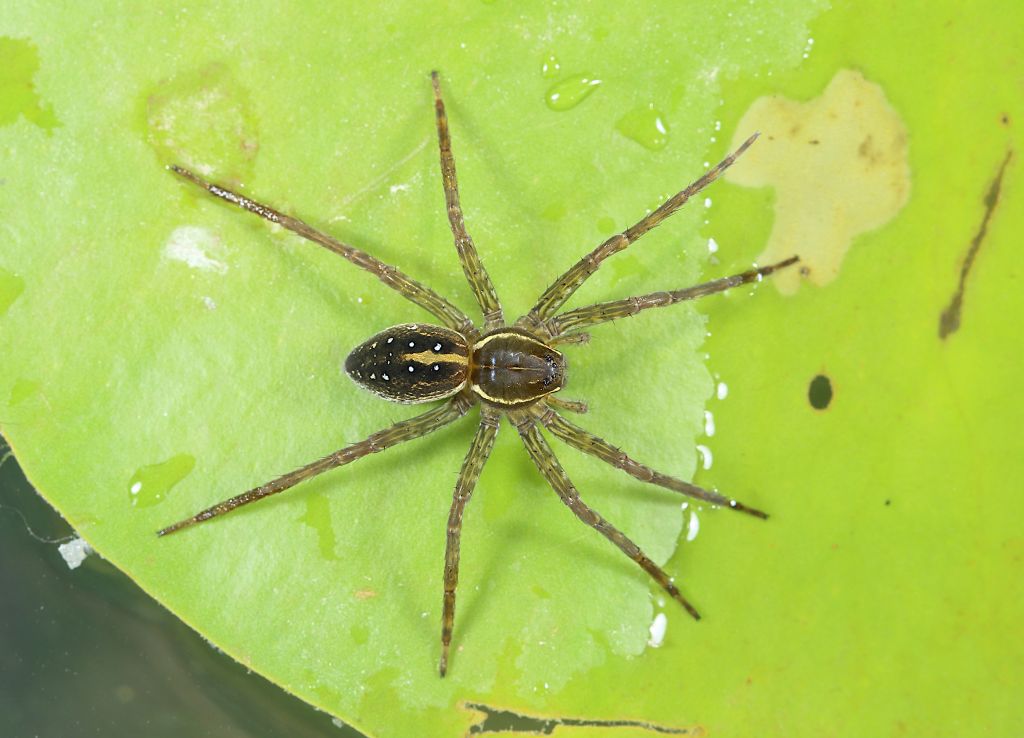 ...and here she is under water. As expected she remains coated with a fine film of air. 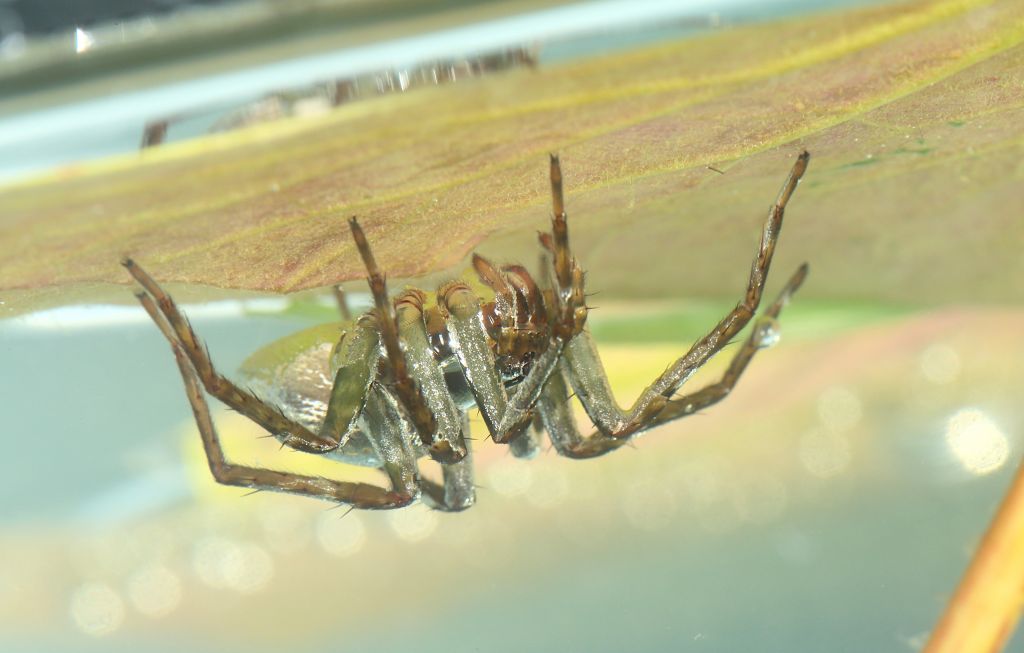 The aquarium used had a glass bottom, so I could set it up on a stand outside and crawl underneath to photograph her from below. So to be clear, this spider is now under water, sitting underneath a lily pad and buoyantly encased in air. This was strange! 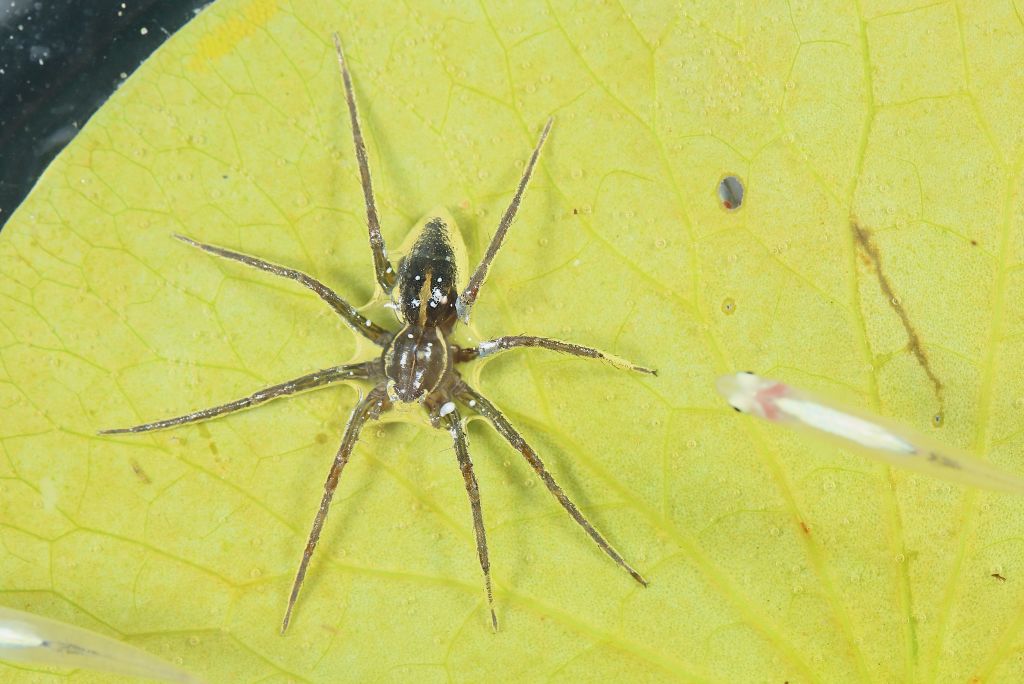 Now you may be wondering about the fish. I had stocked the aquarium with some minnows because these spiders will dive to prey on fish. Much to my surprise, I was nicely successful in documenting this!

Pictures of that will be posted later. Stay tuned!
Mark Sturtevant
Dept. of Still Waters
Top

These are excellent, Mark! Especially, of course, the image of the spider under water. Looking forward to spider vs. minnow.

Very nice and a well-executed project.