I built a new diffuser for the MT-26EX RT macro twin flash and this Hoverfly made for a good field test.

Normally I wouldn't keep a shot like this, or even take it in the first place, because it's too top down. But I think it's a good torture test for the new diffuser set that I built for the macro twin flash and I like the patterns in the wings. It's also pretty much my worse case lighting due to the distance between the diffusers and the critter. 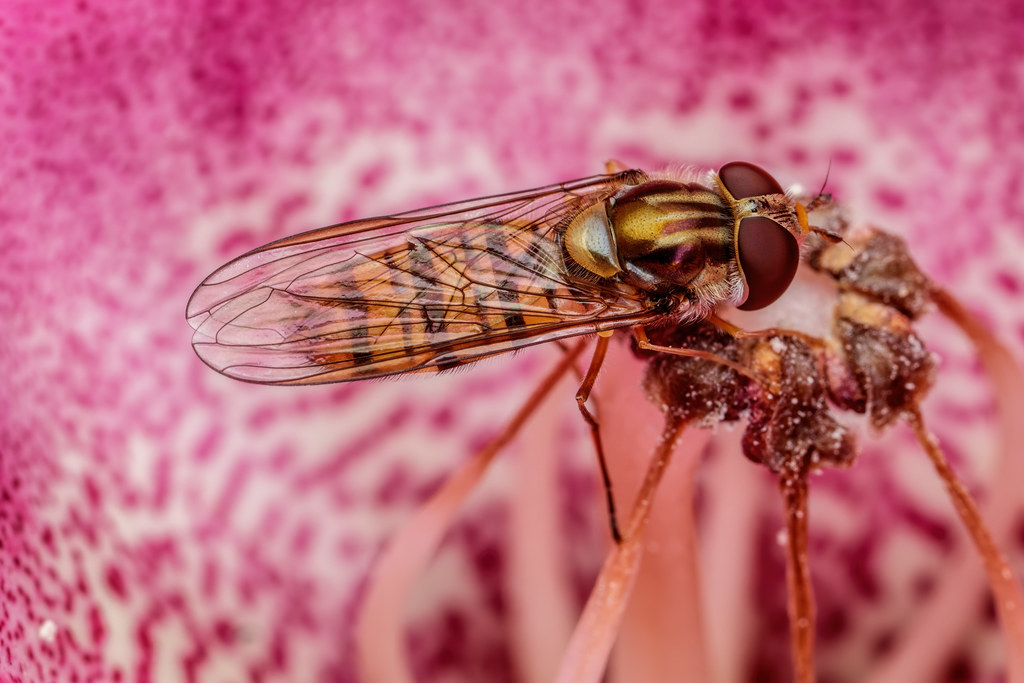 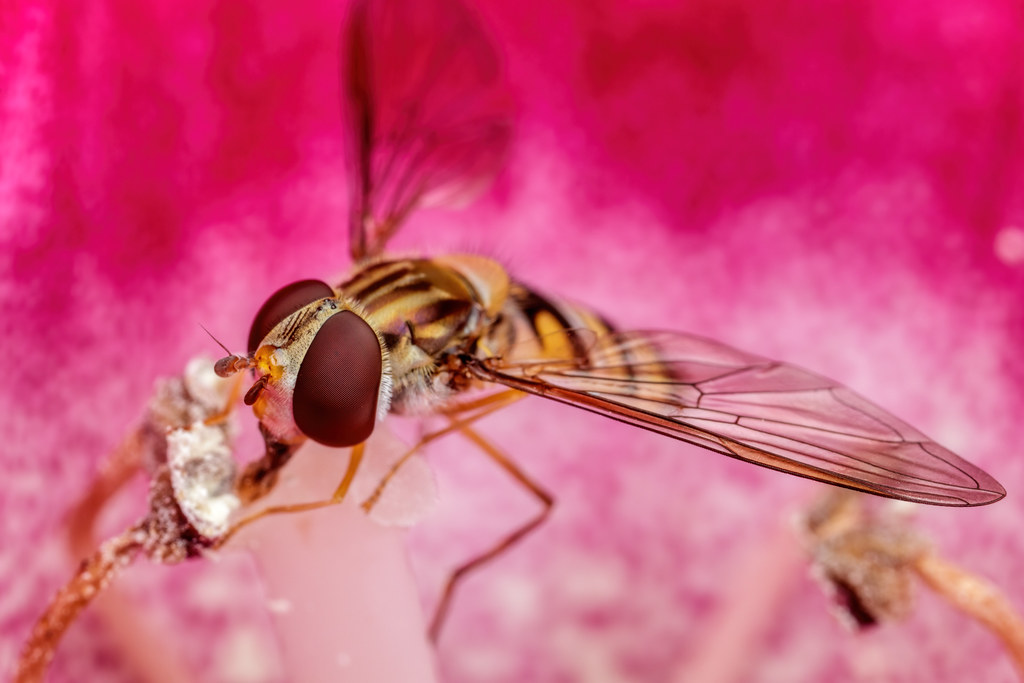 Nice clean images. These things can be fun to photograph.

Thanks! She was skittish, and would fly off only to land a few feet away and just watch me for a minute of so. Then she'd go back to feeding and I'd try again for a photo