I thought I'll pick up on Lou's post but create a new topic so it's easier for people to find. here the original post:

This really would be an excellent idea. Why don't we act on it? Find one with really fine detail (preferably with those nice resolution test patterns on it) and either buy dupes and sell to others on the forum to recover costs, or cut one into pieces with a glass cutter and send the pieces to others.

Robert, I'd love to split or buy a duplicate wafer with you. Do you have duplicates of one with a fine test pattern? Or could you choose a source for a given known-good type which has multiple copies, so we could all buy one?

I'm in if we find some at reasonable prices (the larger ones seem to have gotten quite expensive).

So far I could only find sources which send random copies and those I got are not really fine enough to judge things like moire.

maybe we could use some small ones, not so good to judge flat field, but easier to find in large quantities, cheaper and also better for shipping.

Hello Chris,
Good idea!
I have already asked for that in the following thread:
https://www.photomacrography.net/forum/ ... ip&start=0
This chip: https://www.bw-optik.de/restposten/test ... tpraeparat
BR, ADi
Top

This can be done, yeah. I have a box of cut wafer chips, one of which I used in my recent tests, its fine structures makes a decent target for CA and sharpness testing. I have 2 trays, a total of 100 of them. The person I bought it from has even more.

I'm planning to photograph them all and let the forum decide on the best target to use.

As for specific CA and distortion tests, I can get a bunch of those misroscopy calibration targets from Taobao, they are cheap, decent quality. There are gridded ones that work well for distortion testing.

From that, we simply need to standardise our lighting to make results completely consistent. There's not a lot of us doing these tests anyway, so one tray of good silicon chips fitting the criteria will do. These chips can be put in an envelope and posted for very cheap prices.
Blog
YouTube
Instagram for Microscopy
Top

these look nice for measurements, but do they also have some irregular pattens for aliasing/moire tests?

I find that straight lines can be "cheated" by the debayer algorithm, so I'm interested in targets that have a irregular pattern as well.

Marco_Cosmos, would be great to see your collection and get a matching sample if possible.

the seller I got mine from has quite a nice selection, maybe Robert can look through them and suggest one which seems suitable.

Aberco is a nice guy too, he's also a photographer and owns a small business in silicon manufacturing, although I don't think he has an account here.

This is what the tray looks like. They are uncapsulated chips, really good the mesh pattern is good for sharpness and the structures are good for CA/LoCA

That said, this seems like a far better idea, as we have information on it:
https://www.bw-optik.de/restposten/test ... tpraeparat

Expensive for what is it though, it's just a naked chip. My tray isn't even $2.
The chip itself has a length of 3.6mm in diameter, which means using a 10x lens, one gets the entire piece in the frame. 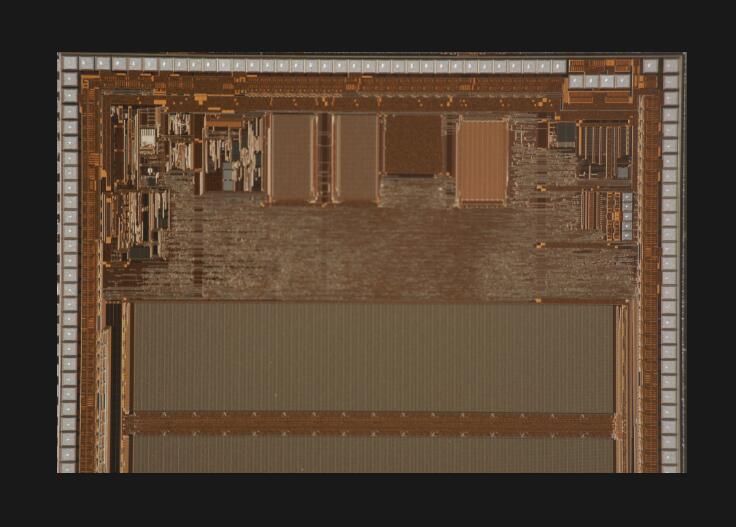 This fact is useful in calibrating the tube lens to the correct magnification. That's how I discovered that my ITL-200 was producing higher magnifications.
Blog
YouTube
Instagram for Microscopy
Top 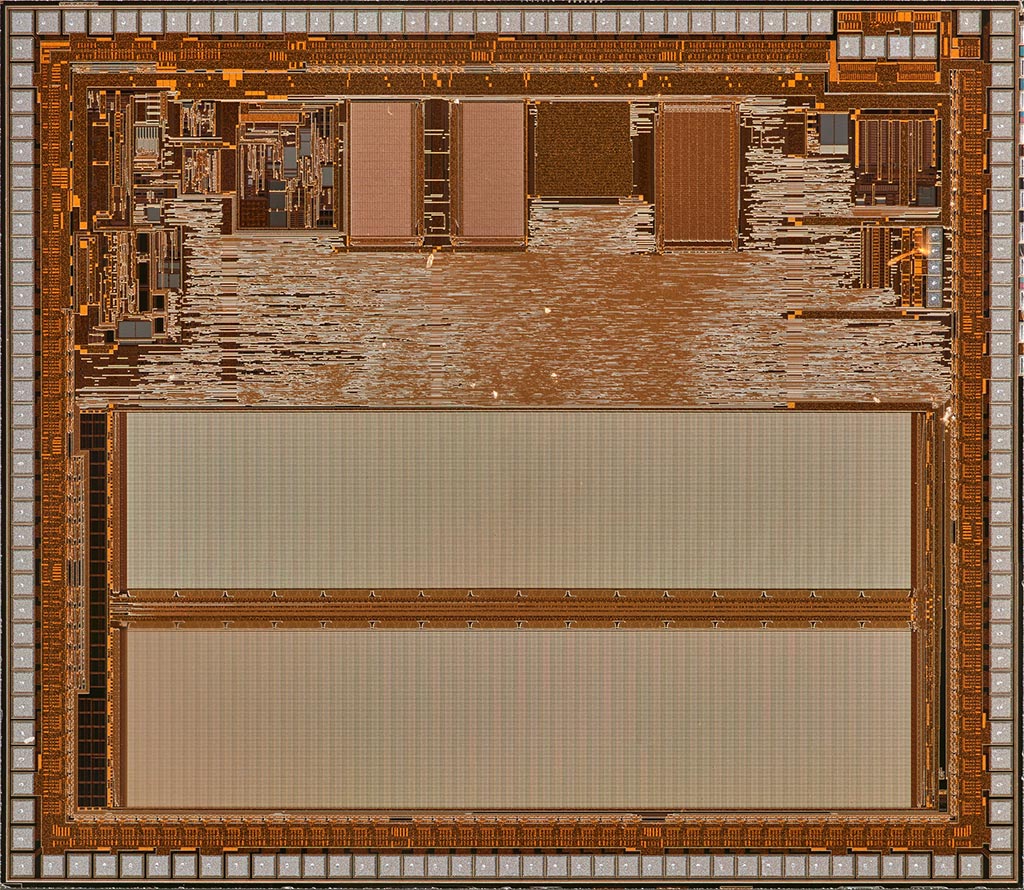 Here's a panorama of it. 9 shots, 2 is enough but I wanted to use the sharpest portion of the lens.

Edmund Optics 10x was used, Alphatube, D810.
I'm going to tweak and optimise the shots for stitching. Some parts aren't as sharp, which means the software is using lesser sharp portions for some frames when stitching.
Blog
YouTube
Instagram for Microscopy
Top

I'd like to hear from Robert about this, since he has the most experience using wafers as test patterns.

Some of them don't have very fine detail; ideally we could find one with multiple levels of detail.
Last edited by Lou Jost on Fri Feb 14, 2020 1:29 pm, edited 1 time in total.
Lou Jost
www.ecomingafoundation.wordpress.com
www.loujost.com
Top

This is very interesting.

You could have friendly postal matches at particular magnifications, perhaps an "Unlimited" division.
Top

Lou Jost wrote:I'd like to hear from Robert about this, since he has the most experience using wafers as test patterns.

Some of them don't have very fne detail; ideally we could find one with multiple levels of detail.

I agree, having resolution bars or super micro-printing patterns would be best, it really makes judging differences in sharpness easy.

Also true about contrast areas, some lenses look great with colorful disks but CA like crazy with contrastly disks so a wafer with colors and some contrasty sections would be great.

No we have to find a seller with the right disk with a bunch of copies, hopefully for a low price.

I dont have any multiples of any of my wafers.

Robert, do you have any tips about which wafers have those test patterns?
Lou Jost
www.ecomingafoundation.wordpress.com
www.loujost.com
Top

On a more serious note, if the quality of these is acceptable (doubtful) they are inexpensive. <g.

A calibrated test pattern like those would be very useful, but they don't look like they get fine enough.

The transparent ones have a huge advantage over wafers: lighting from below is much easier to standardize than lighting from above, and short working distances don't cause problems with that kind of lighting, so the results would not be confounded with effects of working distance on lighting angles.
Lou Jost
www.ecomingafoundation.wordpress.com
www.loujost.com
Top

... I wonder if they make a reticle target that would work? I don't know much about them. 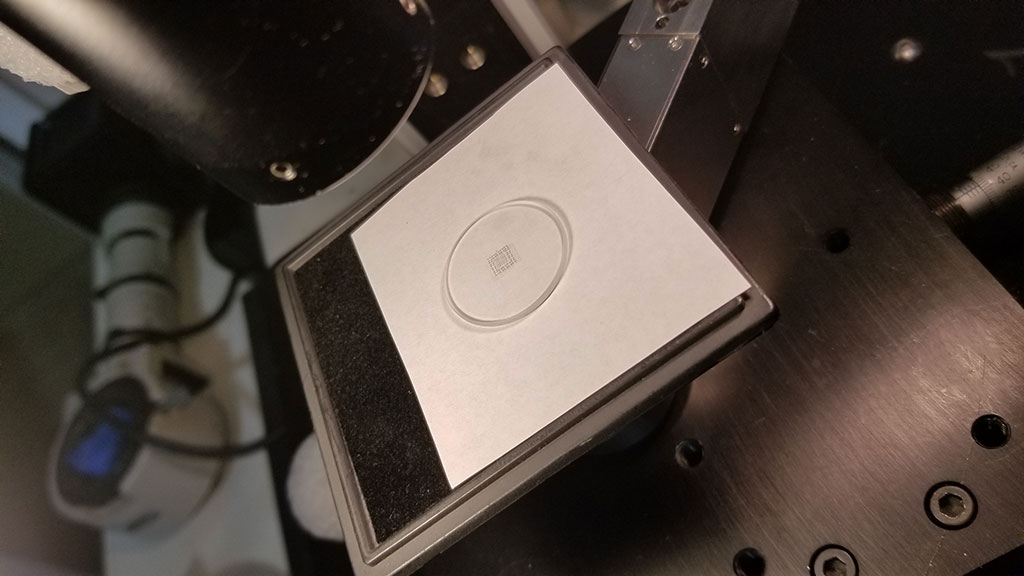 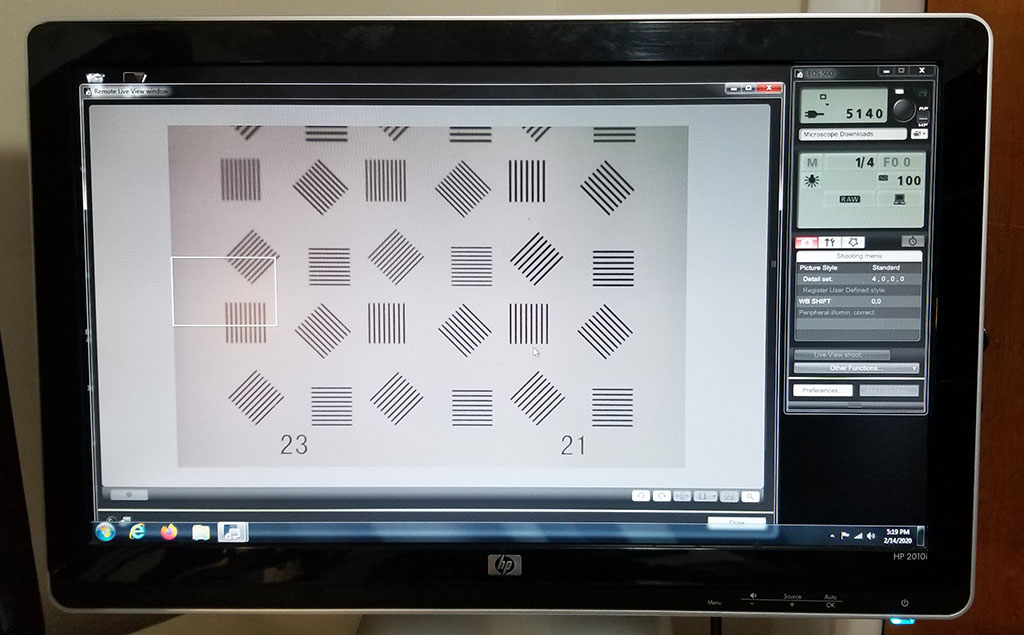 But those are nowhere near fine enough to be informative at the magnifiaction you are using there. What is the magnification?
Lou Jost
www.ecomingafoundation.wordpress.com
www.loujost.com
Top
Post Reply Previous topicNext topic
140 posts