Just did a quick "hands on" test for some "concrete" evidence regarding LEDs for flash use.

If you allow the ISO to go higher than this, it can reduce the required number or output of the LEDs. With an 8X increase in ISO then things begin to seem reasonable at 1ms exposure with 4 10,000 lumen LEDs, but this isn't considered a very quick exposure. When folks are using Speedlights, or even some modern Studio Strobes, the output is usually much faster than 1ms, often ~100us which is well beyond the practical consideration of LED use.

Here's the the latest (Version 2) rendition of the RPi QUAD FAST LED PULSE & MODELING STROBE for consideration from Mike's Labs. This is the latest, and likely the last, design for a Raspberry Pi Controlled LED light source for macro use.

It features the ability to operate in current mode with various LED COB modules (Cree CXA 1304, 1507, 2540, 3070, 3590) and single LED Diodes, has 4 outputs (8 or 16 LED COBs are supported with ballast resistors), provides 4095 step (12 bit) LED current control in both Continuous (Modeling) and Pulse mode, precision (RPi clock derived) output pulse width from 1us to ~4295 seconds (32 bit), power from 12VDC to >48VDC (higher with component value changes), Multiple Over-temperature Monitors (LED, Driver Transistor) which can be read from RPi (0.0625C resolution) and is hardware configured for Fail Safe without RPi intervention, external (Optical Isolation) or internal Triggering with programmable delay (for Electronic Shutter), Temperature Controlled Fan, and operates with the various Trinamic developed motor controllers all from a single RPi.

Anyway, at the moment no plans are in place to get these PCBs fabricated and components ordered, with enough interest this decision may be reviewed. For those DIYers that wish to give this a try on thier own, help from Mike's Lab is available almost free of charge, microbrew

Discussions and comments are encouraged on this topic, would be interesting to find what others are finding as the required exposure limits, and what LED flash speeds they require. 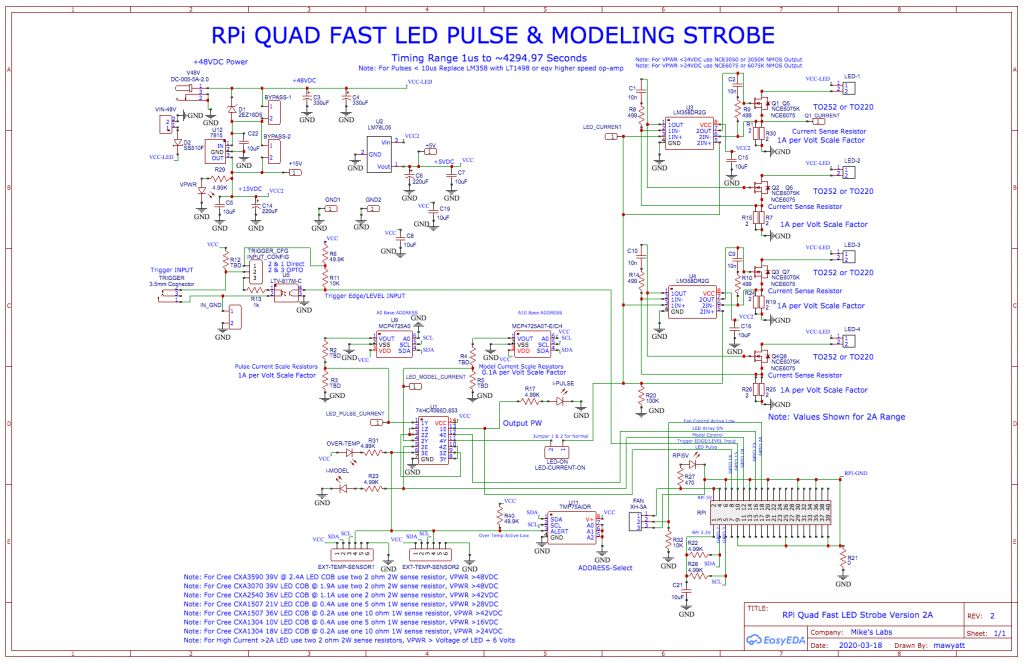 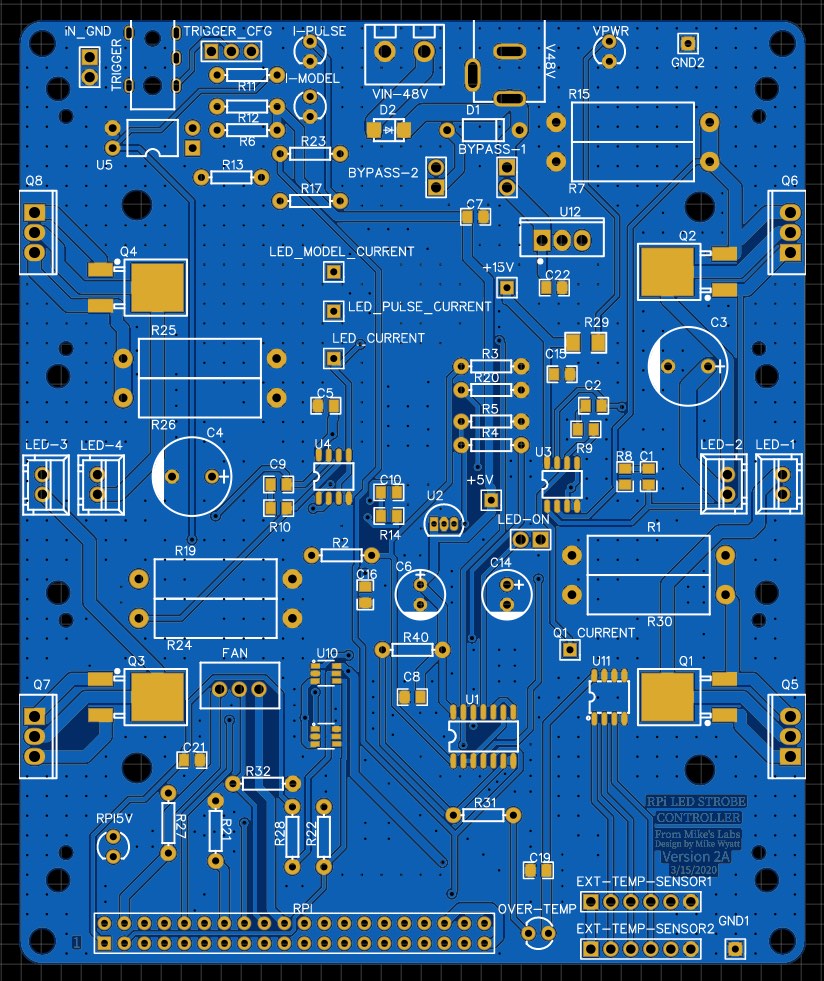 Research is like a treasure hunt, you don't know where to look or what you'll find!
~Mike
Top
Post Reply Previous topicNext topic
46 posts