I've been trying to experiment with the Trinimac Stepper Motor Controller/Driver without much success until late last night. I had given up on these controllers (5130, 5160 & 5161) continued with the Pololu Tic-500 I have been using on all axises of a S&S System, with very good results.

One of the many engineering/scientific curses are, "There's always room for improvement", and "Never give in and declare defeat"

These create a never ending design effort, which is all too common.

Well, I just couldn't give in to the Trinimac and admit defeat even though I had thrown in the towel!! So late last night I began another attack with the help of a few beers

1st impressions are that the TMC5130 should produce even better results than the Tic-500 as the sound level when the motor is moving is significantly lower and the avoidance of exciting motor/rail resonances is also lower. This result is with a first attempt to "tune" the controller/motor/rail system, and I'm sure the results will get even better!!

I'm operating with 6.5mm/s max velocity and the system is very quite, which is encouraging with room to spare.

Later I'll post more details, but wanted some folks that are interested to know this early success with the Trinimac.

Note I indicated on the video that the effective magnification is 360 which is incorrect, it's 320 (20 * 16). The objective is not Mitutoyo 10X as indicated in the video but the 20X, sorry for the sloppy videos but I'm juggling a number of things now and won't have time to correct these, hopefully this won't mislead anyone.

This result is with a 1st cut at "tuning" the controller for minimum motor/rail induce vibration effects and avoiding/reducing rail/motor resonate effects.

BTW this not achieved at the expense of operating the motor/rail at a snails pace, but the rail movement is quite brisk indeed. The possibility of even more improvements (remember the engineer's curse

) is even more enticing

My Trinamic system is also very quiet, but without programming myself I'm limited to a hardware solution for communications (RS485 or RS232) and software to send proper Trinamic commands over the bus. At present this means Helicon Remote, which indeed works well, but when I converted to mjkzz system, I stopped using it. Perhaps they've made some improvements last couple years...I should check.
Top

Congrats on getting it working!

Was it a hardware or software issue in the end that got them to co-operate? On Arduino I hadn't had a hard time getting them to step by just sending HIGH/LOW signals to the STEP and DIR pins but implementing all the additional features is what seems to be the tricky part.
Top

These newer devices use some clever technology to help reduce motor noise and internal vibration, as well as help avoid resonances, but doesn't limit the rail speed like usual solutions. This works quite well indeed!! Here's the data sheet.

Was it a hardware or software issue in the end that got them to co-operate? On Arduino I hadn't had a hard time getting them to step by just sending HIGH/LOW signals to the STEP and DIR pins but implementing all the additional features is what seems to be the tricky part.

It was a combination of many things that were all working against getting the TMC-5130 to work. A lot had to do with my lack of C skills, and limited Python skills, as well as my 1st attempt at using a SPI interface.

I never set out to just use the Dir and Step modes, went for the full up configuration utilizing most of the advanced features like Stealth Chop and Spread Cycle, plus the multiple profiles for velocity, acceleration and deceleration. The register programming and coding is much more complex than Tic-500, and it doesn't use USB, so you have to use SPI or UART. Still have lots to do to get things fine tuned though.

I've just integrated the TMC-5130 with the S&S System based upon the Wemacro Vertical Stand to run some S&S tests (Vertical Stand is one shown in videos). The THK KR20 is so quiet now, and even under full velocity at 6.5mm/sec isn't noisy. It's almost silent at movements under 1000um. much quieter than the KR15 with the Tic-500 on X and Y axis, which were already very quite compared to the KR20 with Tic-500 on the Z axis!!

Whats nice is this is so smooth and quiet for the usual steps but very quick between long positions, so thinking that somewhat "on the fly" S&S sessions with ~1 second per image at high magnifications is attainable.

Now to integrate the "Homing" function, and build a custom interface board.

Good luck with your controller.

I've built up a board on the Adafruit Raspberry Pi HAT, this supports both Single and Stack & Stitch sessions. The TMC-5130 in on connectors so easily removed and the 12 to 5 volt converter for Pi power in underneath the 5130 as shown. The 5130 is configured to support magnetic "Homing" using the Panasonic (SUNX) GX-F12A sensor. 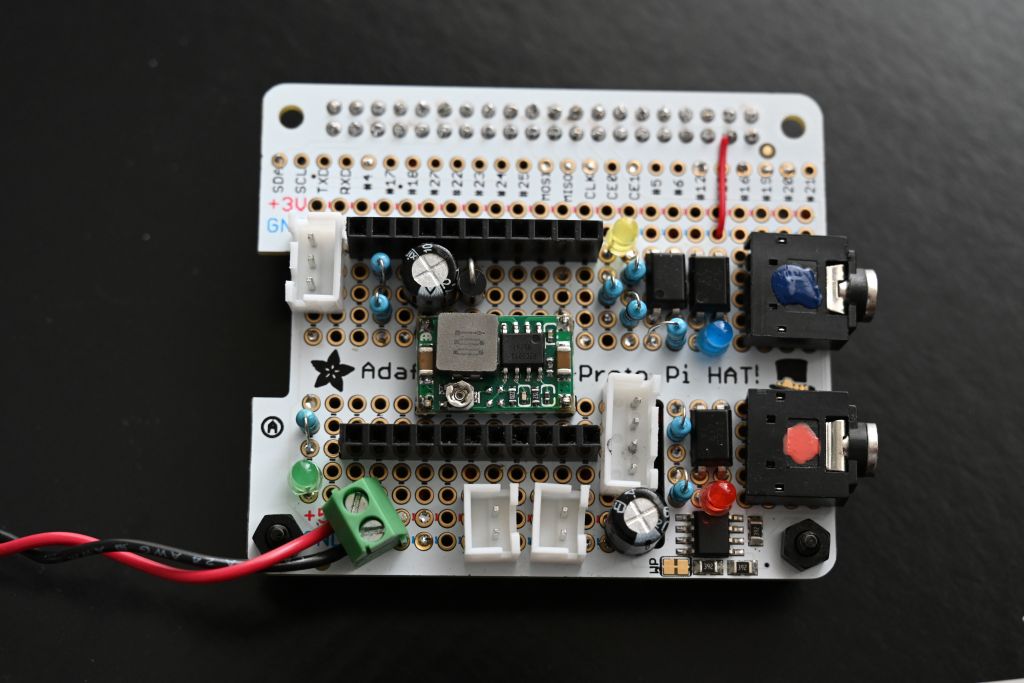 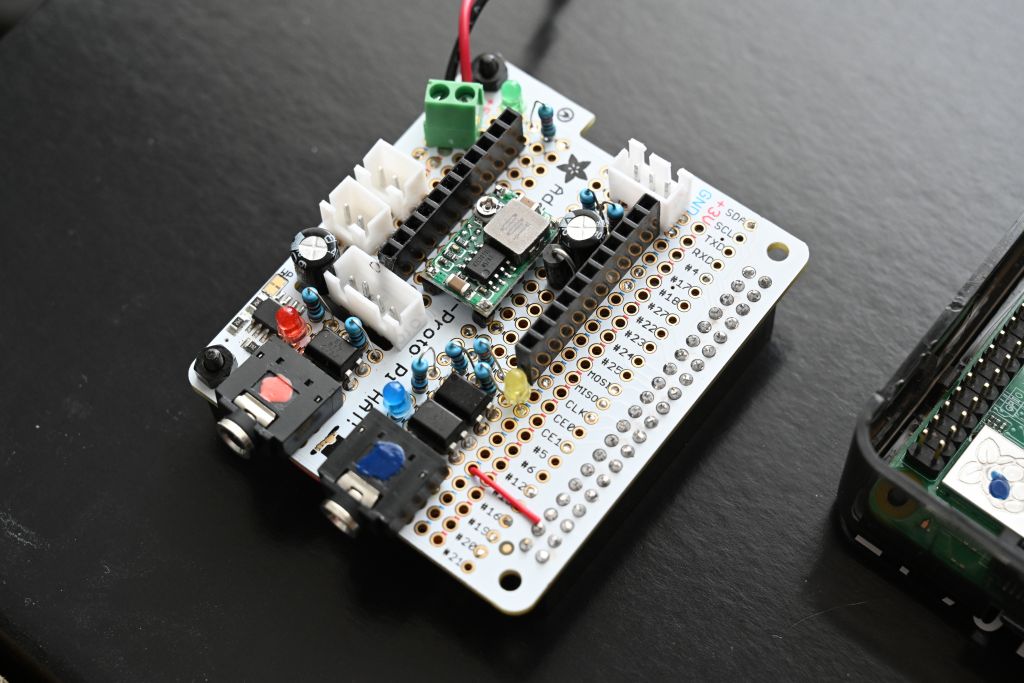 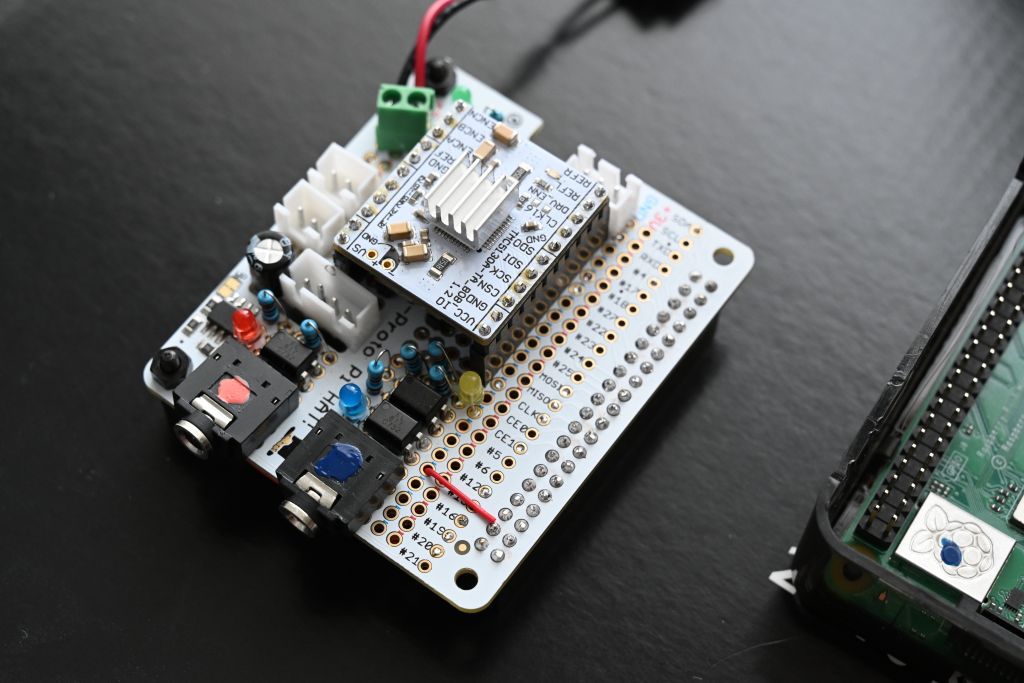 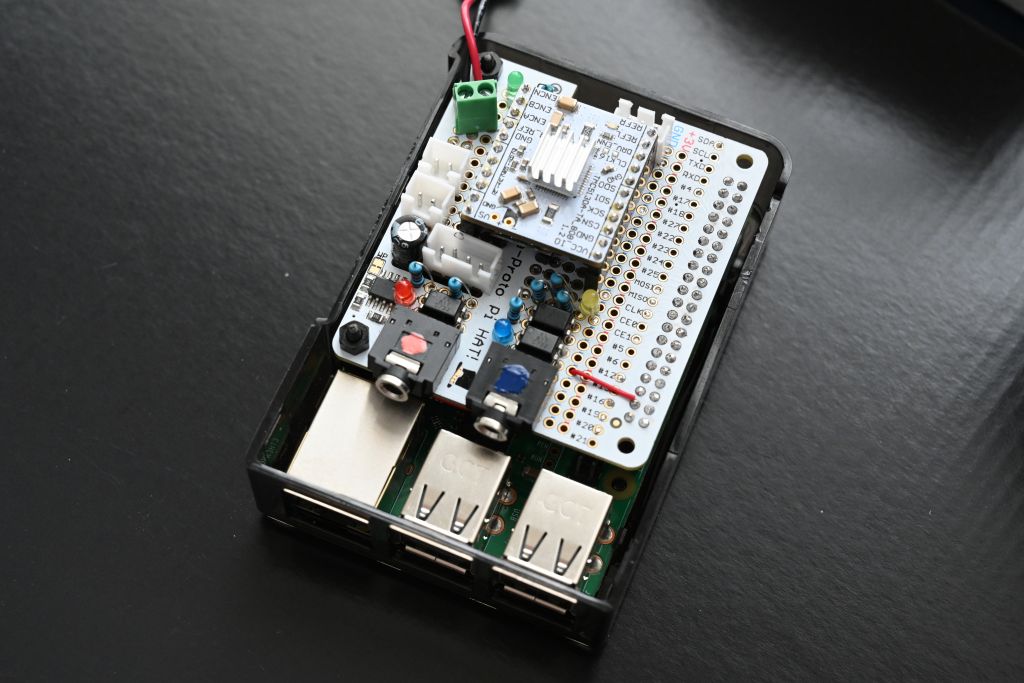 Research is like a treasure hunt, you don't know where to look or what you'll find!
~Mike
Top
Post Reply Previous topicNext topic
6 posts • Page 1 of 1