My Canon 6D seems to have problems with its Electronic First Shutter Curtain, even thought I have "Silent Shooting: mode 1" enabled it produces quite a lot of vibrations at the start of the exposure. I can hear a click and even feel the shake of the exposure start if I put a finger to the camera body (put the exposure time at 2 seconds or something so its not the mechanical shutter at the end of the exposure I'm detecting). Using "Silent Shooting: mode 2" produces the same effect. Its also not the mirror somehow cycling even though the camera is on mirror lockup, as the blur gets even worse if i turn it off.

The motion blur shows up at medium length exposure times (which is incidentally the same speed as I want to shoot most pictures at) around 1/3rd to 1/200th of a second. And is the worst at 1/10th to 1/30th of a second.

Its not a problem with external vibrations in the rig, as the Live View shows a perfectly still and sharp image. Lengthening the exposure to 2 seconds provides a sharp picture as the initial vibrations dies off quickly enough to not show up. Cranking the ISO up to 8000 to get an exposure time of 1/2000th of a second also gives a sharp image, however its hard to tell how sharp it would actually be if the high ISO noise wasn't there.

Updated the camera firmware from 1.1.7 (or whatever it was) to the newest 1.1.8 version, and used the "Clear all camera settings" (although this seems to have done nothing). Also restarted it several times. 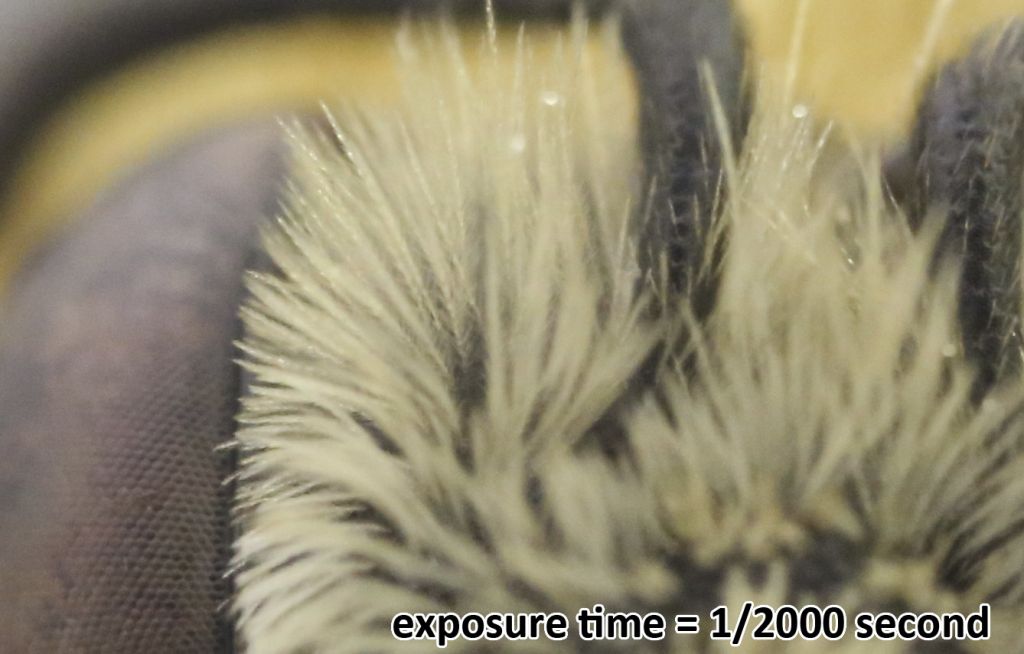 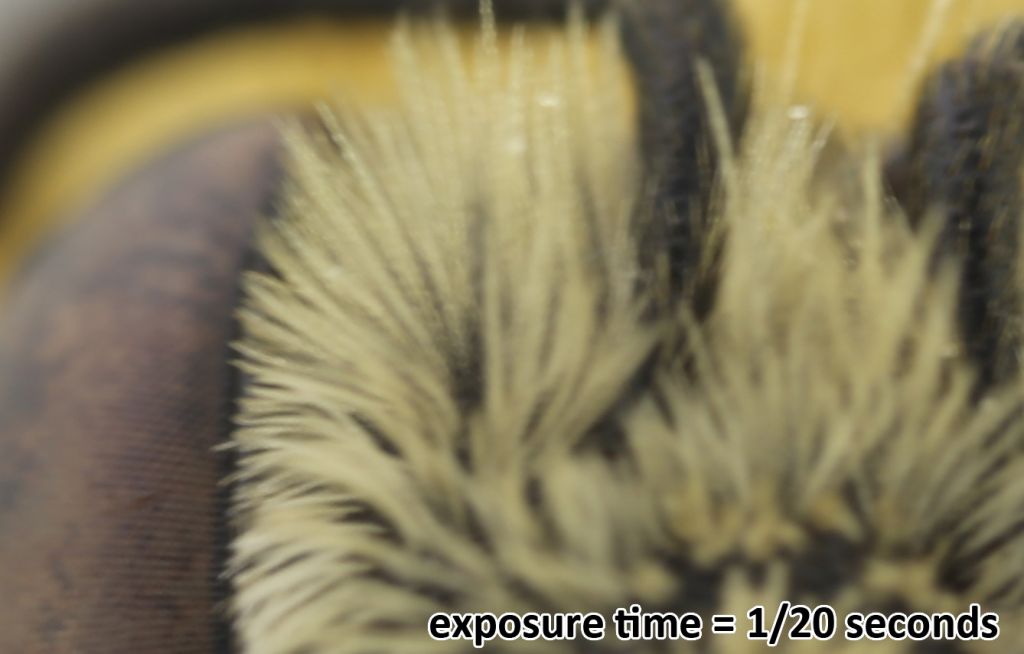 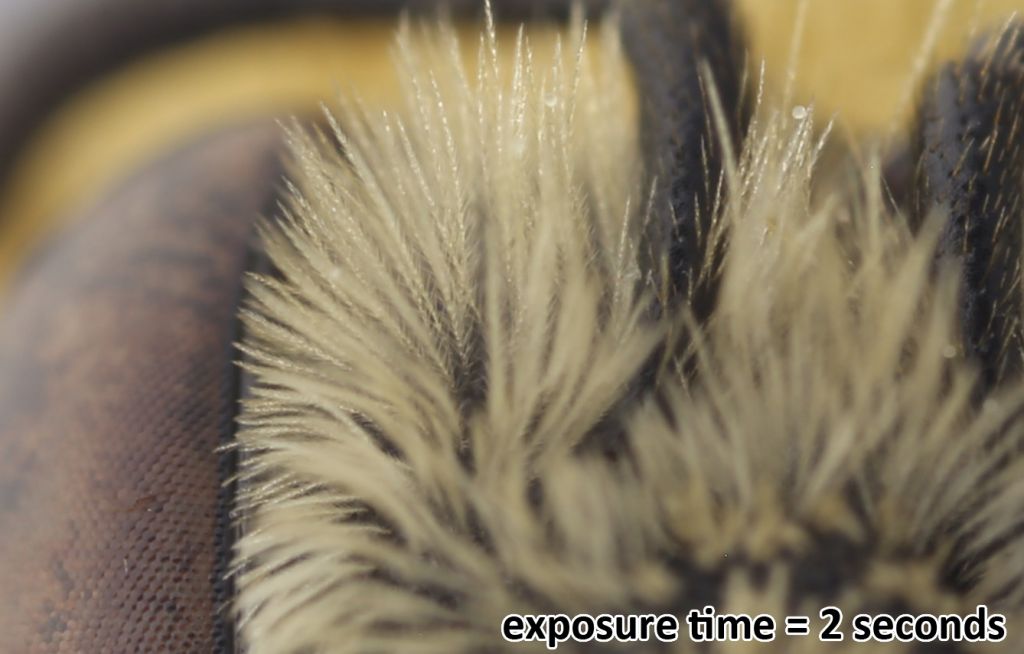 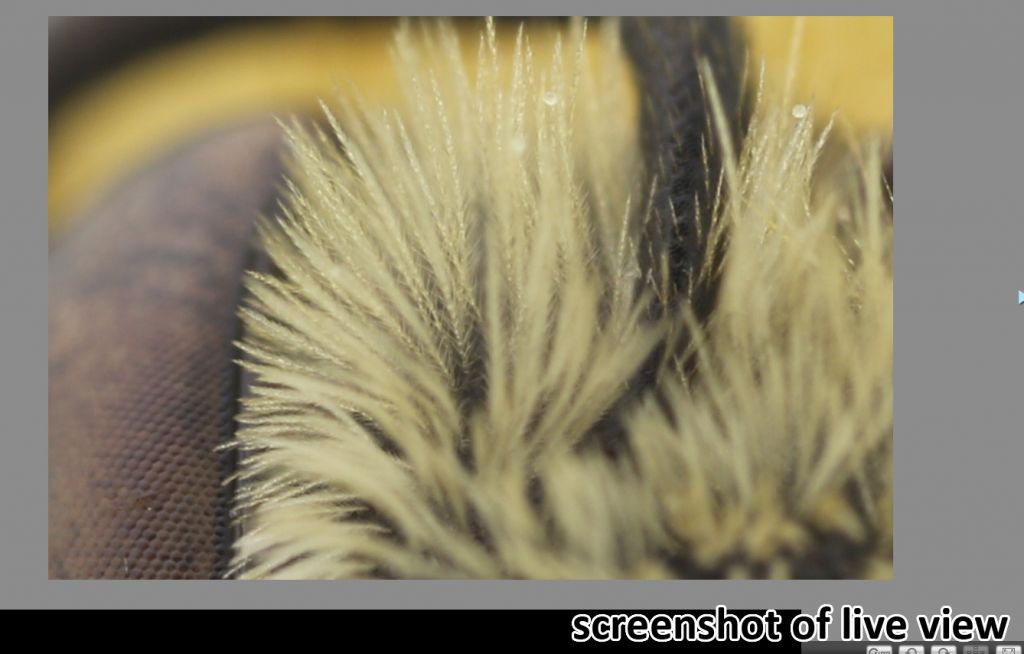 Info on the settings, if its of any help?

The problem is not always occurring, as I thought it was fixed the other day when I changed some things to try to figure out where the blur originated from. After changing the diffuser and subject (and maybe some settings on the camera, I sadly cant recall), the image at 1/15th of a second suddenly got sharp 2 minutes later. But as its now back again I realise its something I need to figure out. 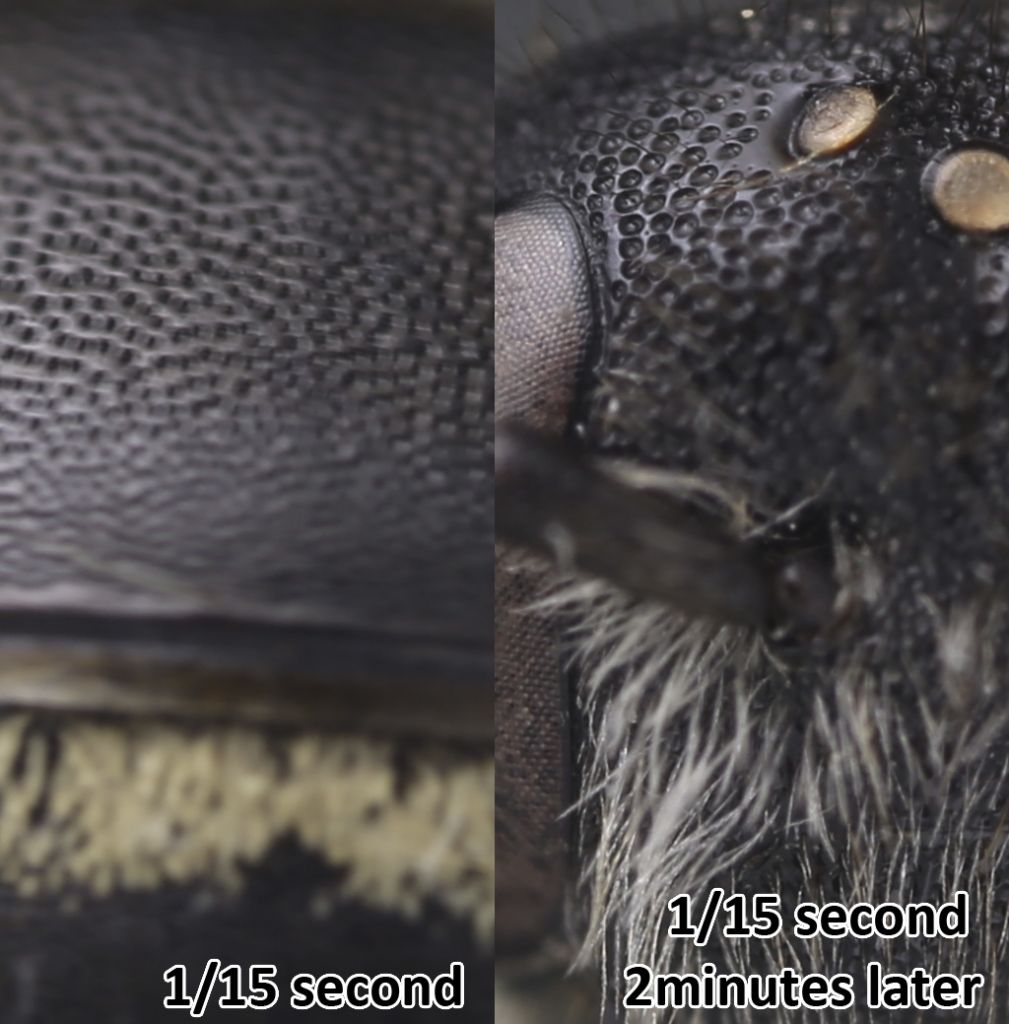 Anyone know what to do about this? I've tried searching the forums and google, but using the terms "live view/LV 6D shake blur problem" etc etc gives me a lot of hits of how good the Electronic First Shutter Curtain is for removing problems with shake/vibrations.

Grateful for any help or input!

I'm a Nikon user, but this does look like the front curtain induced vibration, and your results seem to confirm such. From what I've gathered this EFCS seems to be something that isn't consistent across brands or even within a brand. For example, the Nikon D850 has a complete electronic shutter mode (both front and rear curtain), while the D500 has only the front.

I've found that flash (hot shoe trigger) is inhibited in both the D500 and D850 when in any EFCS mode. This forced me to develop a work around as I use flash most often shown here.

If you can feel or hear something then the shutter/curtain/mirror is moving, and as you stated with a 2 second exposure if it's occurring at the exposure beginning it's likely the front curtain. Maybe there is a limit or range on the shutter speed when in EFCS mode, so maybe the Canon isn't actually behaving the way you think. I'm sure some Canon users can provide more details on this.

I have a 6D. I think that you have to start live view - at least that is what I do. If you have a Canon flash connected to the camera you have to turn that off. Hope this helps.

I have shot for many years with the 6D and had the same problem. One need to carefully choose the exposure time to avoid problems. That is why I changed to the Sony A9 which is dead silent and fully electronic. Also the new Sony A7RIII is fully electronic.
https://www.instagram.com/micromundusphotography
https://www.flickr.com/photos/micromundus
https://www.youtube.com/channel/UC0UdYN ... YH_litDZjA
Olympus BX51 | Olympus CX23 | Olympus SZ4045 | Carl Zeiss Jena Sedival | Swift FM-31
Top

hkv wrote:I have shot for many years with the 6D and had the same problem. One need to carefully choose the exposure time to avoid problems. That is why I changed to the Sony A9 which is dead silent and fully electronic. Also the new Sony A7RIII is fully electronic.

There's a lot of information on the forum, search for Charles Krebs' articles on it. Make triple sure you're in the right mode! No flash, Silent mode 2, live view, should do it.
If you go back to something like a 50D then there's no vibration. I didn't have one, but I believe they were almost silent.
The 60D was about the first of the shaky ones. I believe the 5D series is free of it, but I don't have those either.
Add to that, that CK and I had the same model of Canon, and they behaved differently with regard to flash.

All you can do is use a long exposure, eg 2 seconds, so the wobbly part is too small a small percentage to notice, or use flash - which Canon stop you doing without cycling the mirror etc. So flash is best used on the rear curtain, after a long exposure in the dark

I don't own the 6D, but I have some experience shooting with it at the microscope and its behaviour is the same as my 7D: when in Live View with silent shutter activated and no flash it makes a sound accompanied of a very very small vibration at the start of the exposure, at any shutter speed and independently of mode 1 or 2.
This doesn't affect the picture sharpness except at extreme conditions, in fact I've been unable to spot that vibration blur even shooting at 100X at sensor with the camera fixed to the microscope **.
Some people have reported ( I recall pwnell *) some vibration blur with water immersed subjects at high magnification

This is a very different experience from yours, so I think your camera is working wrongly. Your last sample showing erratic behaviour is highly suspicious of it

**I'm very concerned about this problem, I first spotted and posted the unacceptable vibration blur of the 60D
Pau
Top

I think it is the first curtain (or Nikon front curtain). When you get better image with 2 sec exposure, just like what ChrisR said, the vibratiion caused by shutter is small pct of total exposure and thus better image.

Funny, I ran into this with my 550D just a few days ago and I posted the result below in my Facebook group. Anyways, here is a what I found with 550D. I do have 6D and I am writing a blog about it using 6D and Nikon D5200 as test equipment 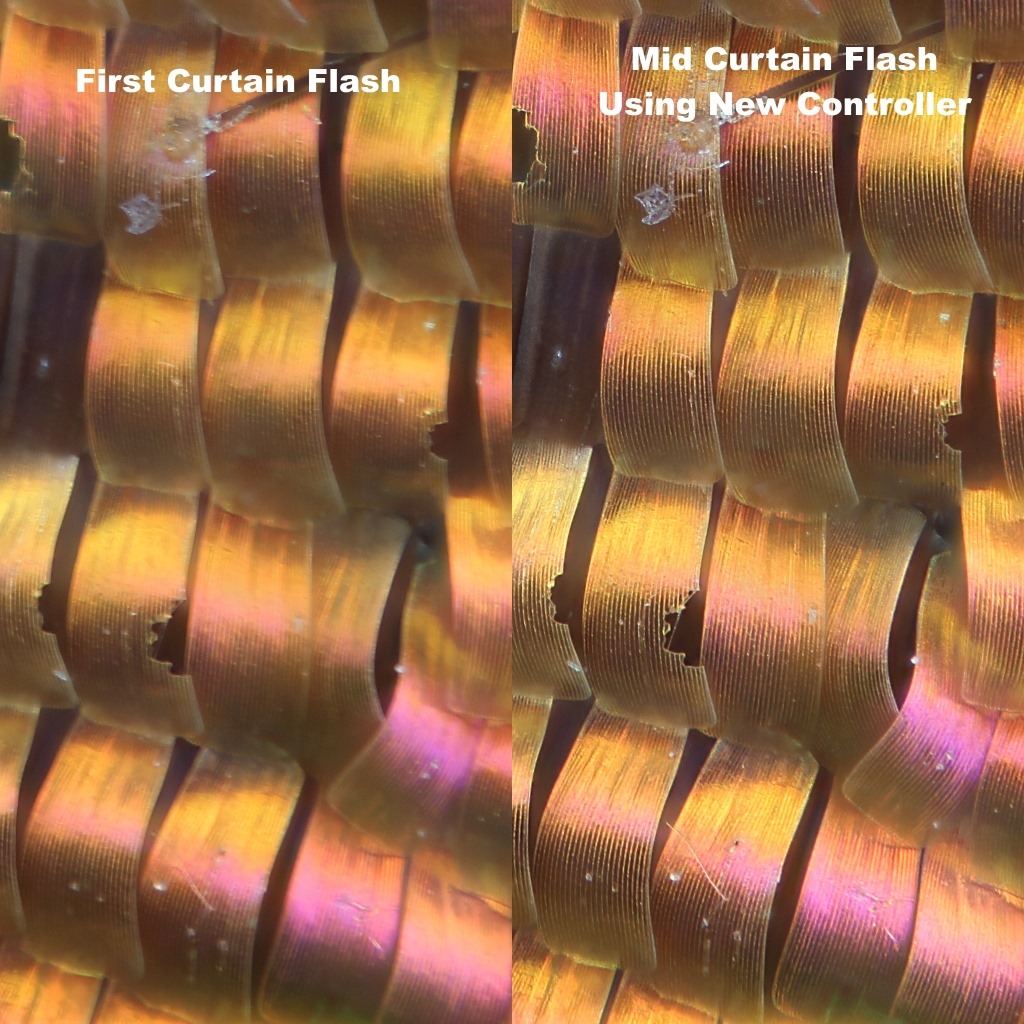 Here is the result done with Canon 6D, center crop of images stacked from 121 images. The image was edited in PS after they are put together so all editing will be the same.

The one on the left was done using "normal" flash mode (ie, first curtain), shutter speed is 1/160. The one on the right was done with 1.3 second exposure with flash fired at around 1 second time mark, I call it "mid-curtain". Both were done with mirror lock-up and 2 second timer.

I do not know how to set 6D to silent mode yet, just got it, so need to learn. But the comparison is there. 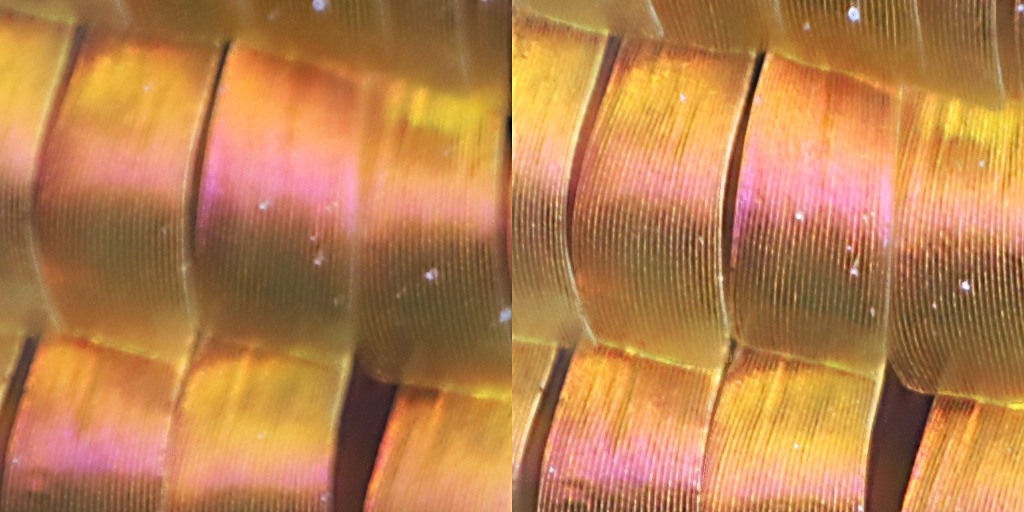 How about @Sharks? AFAIK he uses 6D and results are..wonderful.
Top

mjkzz,
EFSC ("silent mode") doesn't work with flash: If you put a Canon EX compatible flash it fires but disabling EFSC, if you put a non EX compatible unit it doesn't fire. Canon (and most other brand) cameras do need the mechanical courtain to provide the sync signal
Your results are then unrelated with the EFSC issue under discussion, although they are very good to illustrate the utility of second curtain flash sync in high macro or micro.
Pau
Top

Thanks so much for the answers!

I'm afraid the answer is terribly boring: it just depends on how unstable the specimen mount is. If my X/Y-stage is fully extended in one direction, and the there's a light specimen at the end of a thin specimen pin it becomes a major problem.

So its not a total disaster, but its going to be hard to get around it depending on how the specimen is mounted and how "deep" into the diffuser it needs to go.

Sorry for the much ado about nothing, but I hope it could help some others in the future.

PS: I forgot to add, I use continuous lighting, a couple of IKEA Jansö's to be precise
Top

AlxndrBrg, I notice that your first post says that you're working in Shutter-Priority AE.

I suggest instead to set the camera in Manual mode, then confirm that it also is in Live View at the time the exposure is taken.

You should be able to confirm this by looking into the front of the camera with the optics removed.

Please run those tests and let us know what happens.

You are absolutely right about not able to fire flash in EFCS mode, actually with most of the cameras, be it Canon, Nikon, Panasonice (GH5). This is why I designed a new controller that fires flash independent of camera, meaning, the flash(es) is (are) triggered by my controller instead of camera, so even in EFCS mode, I am able to use flashes.

I can not truely compare it with EFCS and without flash as camera does not support it, but EFCS + flash seem to be better.
https://www.facebook.com/groups/mjkzzfs/
Top
Post Reply Previous topicNext topic
44 posts